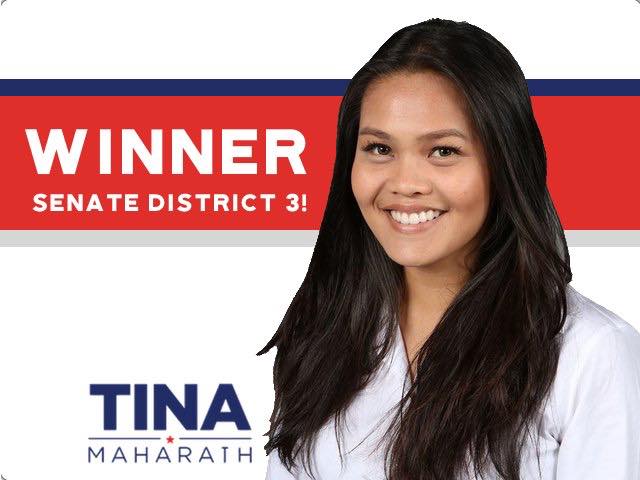 Holidaying in far away Thailand and Laos, Tina Maharath, Democrat, was informed about her victory at the November 6, 2018 elections after the provisional votes were counted and added to total votes cast in-person before and on Election Day making her the winner of the Ohio State 3rd Senate District.

Senator-elect Tina Maharath, 27, announced to friends on Facebook Wednesday, November 28, 2018 to watch the news: “Columbus: let me know if you watched 10TV at 5 or 6! I’d love to see it recorded please!”

According to Columbus Dispatch, “Republicans have long held the 3rd Senate District, which includes New Albany, Gahanna, Westerville, Reynoldsburg and Groveport and part of western Columbus.

“Maharath became the only Ohio Democrat to pick up a GOP-held Senate seat — the first flip for Senate Democrats since 2006. However, Senate Democrats also lost a seat in the Youngstown area and will remain in a 24-9 minority. Senate Minority Leader Kenny Yuko, D-Richmond Heights, congratulated her on the win and welcomed her to the caucus.”