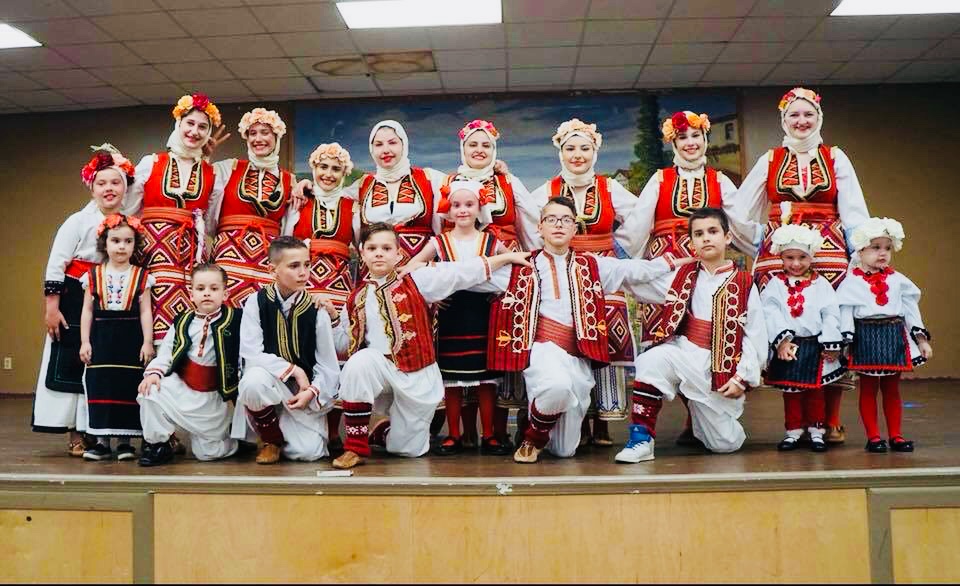 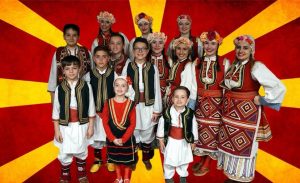 Every year, the weekend after Labor Day, is a busy weekend for the Macedonians in Central Ohio as they have their Macedonian Festival.  This weekend is a special time of the year because the Macedonians celebrate Independence Day. As they proudly share their culture, food, music and dances with the hundreds and hundreds of visitors, they remember their roots; they celebrate its history and make sure they pass their pride on to their children and grandchildren who were born here in the United States.

This year’s festival was a wet one, as the rain kept coming down for the whole three days. But the festivities went on inside the Waggoner Road, Reynoldsburg’s Macedonian Orthodox Cathedral of the Dormition of the Virgin Mary and under the huge tent behind the social hall. 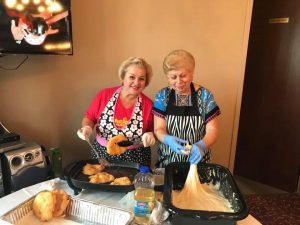 The Macedonian men and women worked tirelessly for weeks before the event and made sure there were plenty of food, drinks and activities for the visitors.

The minute visitors came out of their cars, they could smell the grills and knew something good was being made.  They were greeted by the Macedonians who were working at the event, all wearing red and yellow shirts, resembling the Macedonian flag. The Macedonian food was delicious, as it was all freshly made and spread over many tables. The very traditional “kebapi” (skinless sausages) were the first on the menu, followed by kebobs, spicy sausages, roasted pork and lamb. The stuffed peppers and cabbage rolls were exquisite. There were also beans, rice and salads.  The visitors’ favorites were the home made Macedonian pastries and desserts. Macedonian imported drinks were also available. 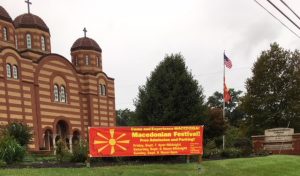 Beside the food and drinks, the visitors enjoyed the tour of the beautiful and breathtaking church. By looking at the magnificent hand painted walls and ceilings, one could tell which stories from the Bible were depicted in each section. Members proudly talked about the paintings and were available to answer questions.

Once the visitors stepped outside, they could hear the marvelous and pleasing sounds of Macedonian music. A live band entertained all the visitors Friday evening and the whole Saturday. All Macedonians danced who were joined by many other visitors who experienced the Macedonian music and culture for the first time.  The best part of the outside entertainment was the performances of the Macedonian Folklore Dance Group “Makedonski Tanec”.

The group’s instructor, Sanja Mattern was born in Macedonia, but raised here in Ohio. She grew up around music and danced in a folklore group herself. She has been the dance teacher for the last two years, but the group was formed around 2009. The group currently has 16 dancers from age 3 to 21.  Some of the older dancers have been in the group since the very beginning. “Makedonski Tanec” has been very active in performing locally, nationally and internationally since Sanja stepped in as an instructor.  They have performed in Cincinnati, Canton and Chicago and also in Mississauga, Canada. They hosted a concert in May where Macedonian Folklore groups from Michigan, New Jersey and in Canada came and performed along with their hosts. The group has also performed at OSU for Kapustnik where they won the best performance and best costumes. 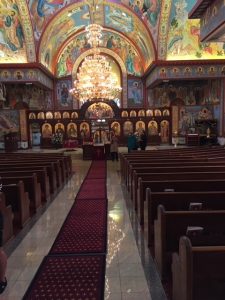 On her future plan for the group Sanja said, “My hopes are that we are able to continue to grow the dance group and continue building relationships and friendships with other Macedonian dance groups across the country.  Even from the few times that we’ve interacted, the kids are already building friendships among the other dancers and look forward to seeing each other at events. Historically, the dance groups would only interact once a year at the Macedonian convention. I would love to see more events where we are able to bring the kids together more than just once a year.

“I would also like to see if we can find more events to perform within Columbus like the International Festival,” she added.

This would be a great way to introduce the Macedonian folklore music and culture to others. Next year, the Macedonian Festival will again be held the weekend after Labor Day, so if you missed it this year, make sure you put it on your calendar. It is a guaranteed fun and you will definitely leave with a full belly. There is a lot you can learn about this community whose church is one of the most beautiful buildings in the area.