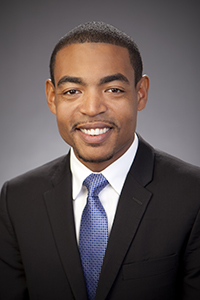 Posted by: Deba Uwadiae , February 1, 2018
Columbus City Council President Shannon G. Hardin grew up on the South Side of Columbus. He was raised by folks answering the phones for local government. Recently elected by Council members as President of the City of Columbus, Shannon Hardin, who also schooled abroad in Kenya, Africa told the New Americans in an interview that, “God has blessed me with the opportunity to serve my community and I have every intention of carrying out that mission.”
Columbus City Council
I’m humbled by the opportunity to serve the residents of Columbus as City Council President. All of my Council colleagues embody public service, and I am honored that they have put their faith in me. As Council President, I will support each of them as we work together to realize a safer, healthier and more equitable Columbus.
Expectations
While Columbus is headed in the right direction, we all know we have work to do. Former Atlanta Mayor Shirley Franklin once told me that, “Leadership is too difficult not to do the hard things.” Now is a time for our city to do the hard things. We can all list the challenges: violent crime, affordable housing, the opioid epidemic, and police and community relations. I’m energized by my Morehouse Brother’s quote, “The arc of the moral universe is long, but it bends toward justice.” I have faith that the moral universe will bend towards justice, but it doesn’t bend without us. It doesn’t bend without action, without us doing the hard things.

“Every block, every cul-de-sac should provide our residents a feeling of security”

Neighborhood
On January 22nd, President Pro Tem Stinziano became the Chair of the Department of Neighborhoods. I’m excited for his vision and energy to make sure we are connecting with every resident in our city.
Every block, every cul-de-sac should provide our residents a feeling of security. Columbus’ homicide rate in 2017 was unacceptable. Recently this Council joined Mayor Ginther to announce an additional two million dollar commitment to community safety. One million will go towards adding 100 officers to the force. The other $1 million will go towards community-based safety strategies such as violence prevention and intervention programming. This two-tiered approach represents a balanced approach to public safety.
Transportation
In 2016 Columbus won the Smart Cities Grant to integrate smart technology with our transportation system in order to better connect Columbus residents to jobs, education, and healthcare. Much of the grant’s first year was spent collecting data and creating the foundation for long-term success. The City of Columbus is currently in year two of a four-year grant period and continues to work diligently to align regional smart transportation investments. The recent launch of the CMAX bus along Cleveland Avenue signals that we are marching towards a world-class transportation system.
Opportunities
We boast the fastest population growth in the Midwest: From 2010 to 2015 our region grew by 115,000 and, looking forward, our region could grow by between 500,000 and 1 million people in the next 30 years. So the question arises, where in Columbus do they all go? How do we ensure we have the right kind of growth to create mixed-income neighborhoods where folks can access everything they need? Now is the time for us to set our collective priorities and plan for the future. I believe we can build a city with affordable, environmentally-conscious transit, inclusive housing and economic development, mixed-income neighborhoods where everyone has a shot at the American dream.
Pledge
Elected officials are here to serve you. Please don’t hesitate to reach out or stop me when you see me around town.
Post Views: 6,876
Share!
Tweet