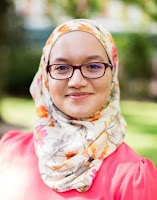 The Annual Community Arts Partnership Award 2017 of the Greater Columbus Arts Council on Thursday, October 26, once again fulfilled all expectations as a gathering of the “Who is who!” in  the Arts community in   Columbus, Ohio. The event was spiced with entertainment from the Incomparable Nina West and the Cast of Hell of Horror,           Columbus Children’s Theatre and a poet, Sara Abou Rashed whose “I am America” poem rose the packed hall to a long and               sustained deafening standing ovation.

In a penetrating voice, almost strident, controlled and compelling but captivating, Sara delivered every line with passion.  Yet, Sara, who was at the event with her mum, Razan Oueis, is just 18 and has only lived in America for four years. She spoke with the New    Americans on how she learned to speak    English and was able to integrate so fast: –
I am originally from Palestine, but I was born and raised in Syria. In 2013, we moved from Syria because of the war. My life has been very different since, but I am proud of how far along I’ve come. I had always been into the arts and creativity as a young child, I used to write poetry in Arabic when I was younger. So, when I moved here, I started painting a lot more and writing poetry in English. I’m also a very social person and I truly enjoy meeting a lot of people.
Columbus
I moved with my mother and grandmother to Ohio in 2013. I was 14 years old then, and had just started freshman year of high school here in Columbus. Currently, I am 18 and I am a college freshman, attending Denison University in Granville to study international relations.
English language
I learned English through translation. When I first got here, I barely knew any English. But being in high school, around many kids my age and hearing the language for long hours daily helped a lot. I remember, my first few months here, we studied the Odyssey. It was very challenging, so I would translate every single word to Arabic and start repeating and memorizing.
Challenges and Prospects
Living in Columbus has been very different than the life I’m used to in Syria. The systems are different, and even the smallest details such as buildings and grass. But I think I’m adapting to life here, and I find Columbus to be very accepting.
It was challenging at first to get used to the differences and meet people with similar interests, but once I learned the language, I could connect with other people easily. Columbus is very embracing of the arts and of diverse populations.
Poet
I am a poet, performer, and public speaker, because I love talking to people and talking with people. It brings me joy to stand on stage and share a message with my audience. Poetry and public speaking in general are arts that I enjoy and seek to do in every opportunity possible. I want to influence a change through my art.
I am America!
‘’I Am America’’ is a poem that I believe every American should hear. Even though I am new to the country, I am very attached to the idea of being American and what it means to represent that country. I truly believe that each one of us living here is America – we are the country, we build it and represent it in all aspects. I felt very strongly about what it means to be American and what this country stands for, especially after the election, when so many of us were troubled to see the hatred emerge. That’s when I was inspired to voice my opinion in this poem and explain to others that regardless of all my differences, I am still a part of this country. My goal is to bring people together with my words – to remind them of what it means to be an American.
Hope
My hope for the future is that America continues to be an accepting country that welcomes everybody and that I take part in its development and prosperity as a poet and as an ambassador.
Post Views: 2,736
Share!
Tweet