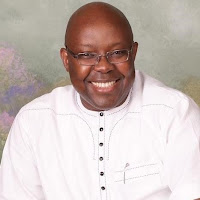 By George E. Uriesi
Integral to their policy of colonization, European nations, partly for administrative
purposes, but more in an effort to establish their stakes in different parts of the African continent, carved out large chunks of the continent, bunching several different nationalities together to proclaim them ‘countries’. These whimsical configurations were effected without regard for any considerations other than the political and economic benefit of the colonial powers.
Naturally, the end result of these brazen acts of arbitrariness were independent African nations emerging with this baggage and trying hard to foster unions for which they were not accountable in the first place, but which nevertheless now existed, enhanced by several years of co-habitation, inter-marrying and in most cases, joint agitation for independence. Nigeria’s peculiar case, being a bunching of over 250 ethnic nationalities in one country, makes her by far the most politically complex African country created by colonialists.
Nigeria achieved its political independence on October 1st, 1960. Today, 57 years later, let us summarize Nigeria’s journey since independence and how she has fared with her colonial baggage, in part to reminisce and in part to reflect on how she got to where she is today.
With the benefit of hindsight, the immediate post-independence period (known as the First Republic) can be described as the prime of Nigeria, when the foundations were supposedly being laid for independent Nigeria and by omission, for what she has become today. This is because it has turned out that that was the only period in the short history of independent Nigeria when the country was led by people who despite their many shortcomings, were nevertheless clearly motivated first and foremost by the interests of their people and constituencies. They did have their serious flaws though, as their leadership tended to divide rather than unite the ethnically sensitive and politically fragile country. This led to several testing political crises, which provided the excuse for military intervention in 1966 and the beginning of the military rule era.

“Indeed, it is this oil (or ‘oyel’ as it is locally called) that has been the source of the immense jostling between the country’s various interest groups for access to its spoils.”

The military came into the Nigerian political arena with a bang (literally) and in a manner that helped to ignite the already ethno-politically charged atmosphere. With two coups in quick succession, things quickly degenerated into a bloody, 3-year civil war. After the war, the military settled down to govern and soon transformed Nigeria from a federal system of government to a unitary system that was more in line with their military command structure. This was also the period when Nigeria began to harness her abundant crude oil resources, which then served to redirect all government focus and efforts from ‘baking’ cakes to ‘sharing and eating’ them. Thus, productivity was gradually discarded for the easy-come, easy-go oil money. Vibrant industries and other natural resources upon which the erstwhile regions and the country had relied before the advent of oil money became neglected and eventually allowed to die away.
Indeed, it is this oil (or ‘oyel’ as it is locally called) that has been the source of the immense jostling between the country’s various interest groups for access to its spoils.
The fierce competition underpinning this jostling combined with purposeless and irresponsible leadership at all levels of society, are jointly responsible for the multidimensional conflicts of ethnicity, region and religion repeatedly threatening to tear the country apart. But I digress…
Their return to the barracks in October 1979 was good riddance!!! Thus emerged the period known as the 2nd Republic. With the handover to civilians, the opportunity had finally come for civilian politicians to correct the mistakes made in the first Republic. But alas! The leaders of this era totally lost sight of their responsibility to their people and constituencies. Instead, governing became a comic orgy of avarice, irresponsibility and degeneracy. Thus the era represented the beginning of the decay of all areas of the economy and national infrastructure.
On January 1 1984, Nigerians woke up to find the military back in power, not so much with a bang this time around as like a thief in the night. The inept civilian government had been overthrown in an almost bloodless coup d’etat. The leaders of the newly installed junta gave the impression that they wanted to arrest the drift and to put the country right and their overarching strategy was to forcibly restore discipline. However, within 20 months, another military coup ushered in a period that cannot but be personalized in Nigeria’s short history as ‘the Babangida’ era!
The Babangida era was the point at which the trajectory of ‘project Nigeria’ can be said to have emphatically turned ‘South’. It was the period when all previously revered national institutions as well as the nation’s intelligentsia came under systematic attack.
The Judiciary, the Labor Congress, the Medical Association, the Bar Association, the
University Teachers Union (ASUU), the National Association of Nigerian Students amongst others too numerous to mention were all systematically sullied or routed. Also, iconic federal government institutions like Nigeria Airways, Railways, Shipping lines, Ports Authority et al all suffered accelerated decline in corporate governance.

” Soon enough, everyone was on the run. Youths finishing from the university could not wait to leave the country. Professionals who had braved it through Babangida’s time could take it no more. Even Nobel Laureate escaped too.”

In the same vein, despite the introduction of several supposedly sensible schemes designed to accelerate social and economic development, such as Peoples Bank, DFFRI, MAMSER, OMPADEC, not to mention the “Better Life for Rural Women” program of his wife, the national infrastructure began to collapse. Maintenance ground to halt. Even the national refineries all began to break down, leading to the emergence of perennial fuel scarcity from which the country has never fully recovered.
The Babangida era was also the point at which Nigerians began to lose faith in the country for the first time since independence. As a result, highly qualified professional Nigerians began to leave the country in droves. It is safe to say that this period saw the loss of the first wave of a significant chunk of Nigeria’s vital, highly qualified human resources who went out into the world and have made a name for themselves in virtually sector of every economy of the world.
After 8 years of military rule under General Babangida, the turbulence coming in the wake of the annulment of the June 12 1993 presidential election eventually forced the General to ‘step aside’ on 26 August 1993, ushering in an “Interim National Government”. But the interim arrangement, illegal and ‘wobbly’ as it was, quickly gave way to a new military administration. Enter General Sani Abacha. A man of few words, the General proceeded to double down on the mistakes and misadventures of the Babangida era to the extent that if the Babangida administration had only desecrated national institutions, the Abacha administration proceeded to behead them. They were not interested in just banning organizations. They took it personal and went after the main actors.
Soon enough, everyone was on the run. Youths finishing from the university could not wait to leave the country. Professionals who had braved it through Babangida’s time could take it no more. Even Nobel Laureate escaped too. The nation seemed headed for the precipice. However, on June 8 1998, Nigerians woke up to hear that General Sani Abacha had passed away overnight, giving the country a breather. At that point, the nation needed to make some hard choices and try to steer its trajectory pointedly upwards. What choices would be made? Would we learn from all the missteps since independence and chart a new course, or would we double down on our South-bound trajectory and put our feet down on the gas pedal?
Well, the military appeared to choose wisely and opted to retreat to the barracks ‘voluntarily’ and hand over to civilians once again. But of course, as is their custom, they manipulated the process to best suit their hasty retreat. And what did the new civilian ruling class do since May 1999 when they regained political power? In a nutshell, they chose to ‘triple’ down on irresponsibility, defaulting back to all the very worst traits learnt from the 1st and 2nd Republics, as well as military rule. As a result, the old multidimensional fissures became pronounced and the country is back to tottering on the brink of implosion yet again. And yet the political ruling class carries on as they always have, taking Nigeria for granted!
So, as Nigeria turns 57 today, the question must be asked for the umpteenth time, for how long can Nigeria be taken for granted as it is? Or is it ‘granted’ already? Nobody really knows and nobody can say for sure. But common sense will suggest that if a better way isn’t yielded to very soon, the status quo is unlikely to prevail for much longer because what we do know and what cannot be disputed by any right thinking, well-meaning
Nigerian is that it is definitely not yet Uhuru for Nigeria!!!
Happy 57th birthday Nigeria!
Post Views: 1,243
Share!
Tweet