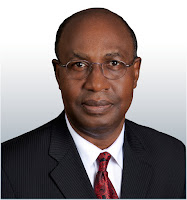 At the top floor of Dynotec Commercial Complex on E Dublin Granville Road, Columbus, OH Tobias Iloka, holds sway as the President/ Chief Executive Officer. He has always wanted to be an engineer and an entrepreneur. In the last 20years, and with his supporting staff, his business, Dynotec Inc. has impacted several projects in Columbus, Cincinnati, Cleveland and Pittsburgh, Pennsylvania.
I am originally from Nigeria and I came to America in 1976 to go to college. I went to Fort Wayne, Indiana to study civil engineering in a small college, Indiana Institute of Technology. When I graduated, I got an engineering job in Indianapolis, with the Indiana Department of Transportation. After a few years there, I left to attend Purdue University in West Lafayette, IN for my master’s degree in structural engineering. Upon graduation, I returned to Indiana DOT again in Indianapolis for few more years of work before leaving Indiana for good after 10 years there.
Columbus
I came straight to Columbus from Indianapolis in 1986. I got a job here in the private sector managing transportation projects for a consulting firm. Columbus was much smaller then, obviously. But what caught my immediate attention was that Columbus was a much more welcoming City than Indianapolis where I just moved from, even though the two cities were similar in size and were capitals of two neighboring states. At the time, there were very few African families in Columbus. African food stores were non-existent. We had to rely on Asian stores as the closest thing to African foods. Education and the Ohio State University were the two major draws for immigrants to Columbus back then. Many people who came to study stayed in the Columbus area after graduation. The fact that Columbus is a state capital was an added attraction for many immigrants looking to work in State government after graduation.
Dynotec
I started Dynotec in 1990, just four years after I arrived in Columbus. Dynotec is a civil engineering company that provides professional design services to public and private clients in the areas of infrastructure development. We are not contractors, we are designers. The typical work we do consists of design for roadways and highways, bridges, water plants, sewer plants, sewer collections, water distributions and many more. We have offices also in Cincinnati, Cleveland and Pittsburgh. We have been involved in most major civil engineering projects with the City of Columbus in the past 20 years. Our company is one of the well-established minority firms in Ohio. My greatest motivation for starting Dynotec was the passion I have for engineering and my fascination with entrepreneurship. When I was young, all I wanted to study in college was engineering and nothing else, and I also aspired to owning a business someday. I am fascinated with the business world. So knowing what I wanted, and with hard work and steadfast determination, everything came together to happen. People and friends helped along the way. But for me, family and supporting wife helped the most. They provided the stability in an unpredictable world of business.

Columbus is a growing and dynamic city. There are more opportunities for immigrants today than when I came here 30 years ago. All it takes is to articulate a vision for yourself of what you want to be and work extremely hard to realize your dreams. Be nice to people along the way because the relationships you build will definitely come back to haunt you, in a good or bad way.
Post Views: 1,834
Share!
Tweet