He oversees a city of almost a million population and he is always excited about the job when he wakes up in morning and it remains in his mind  before going to bed at night. With a phone call, an assurance and the interview was scheduled. Wednesday,     September 13, the New Americans’ “crew” of Deba Uwadiae and Tatjana Bozhinovski met with the number one person of the City of Columbus, Mayor Andrew Ginther, going through several issues that make the City the beautiful bride of the Midwest.
Andrew Ginther
I was born and raised here in Columbus, making me a minority. Over half of the people living here were not born here. This makes our city so well situated to live up to our mantra of being smart and open. We want to welcome the best and the smartest from around the region, the state, the country and the world. I think the fact that the majority of the people that live here weren’t born here gives us a sense of a growing, dynamic city that is on the move and that is becoming more and more international by the day. We just came from Toronto recently, and when you think of where Toronto was in the last 20 or 30years of being a sleepy Canadian town to the fourth largest city in the North America; you couldn’t walk down the street of Toronto without hearing so many different languages. It is truly an international city with incredible culture and arts and food. But truly, thinking about putting Columbus on the map internationally as a great international city is an exciting thing. Think about how quickly we’re going to grow here as a city over the next 15 to 20 years and certainly over the next 30 years. And new Americans have been such an important part of our past and present and our future. 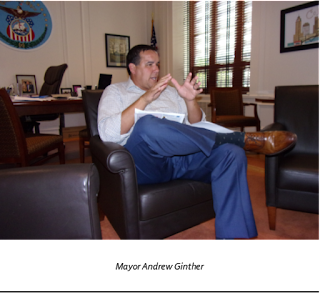