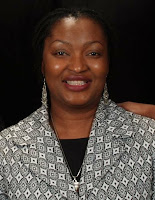 Members of the Ohio State New African Immigrants Commission have elected Rosaire Ifedi as Chairperson, Comfort Cole-Kenneh as vice-Chairperson and Ibrahima Sow as Recorder at the Commission’s first meeting held recently.
Both will hold their positions till the end of their tenures which are till October 7, 2018 for Rosaire Ifedi and October 7, 2017 for Comfort Cole-Kenneh.
Ohio State Governor John R. Kasich in July, 2017 appointed six, Comfort A. Cole-Keneh, Ibrahima Sow, Eugenie Kirenga, Rosaire Ifedi, Abass M. Bangura and Tariq Mohamed to the New African Immigrants Commission.
The New African Immigrants Commission was established in 2008 with effect from 2009 to advocate for the development and implementation of policies and programs to address the needs of the State’s sub-Saharan African population. The appointed members of the commission will be the first to serve since the establishment. The Commission is expected to have 11 members.
The commission shall elect a chairperson, vice-chairperson, and other officers from among its members as it considers advisable. Six members constitute a quorum. The commission shall adopt rules governing its procedures. No action of the commission is valid without the concurrence of six members.
Members shall not be compensated for work as members of the commission.

Sponsors of the bill in the 2007/2008 127th General Assembly Regular Session were Representatives Stewart, D. and McGregor, J and Cosponsors were Representatives Brown, Evans, Flowers, Foley, Heard, Skindell, Strahorn, Yates,  and Yuko.
The commission is expected to among others: “Gather and disseminate information and conduct hearings, conferences, investigations, and special studies on problems and programs concerning sub-Saharan African people; Secure appropriate recognition of the accomplishments and contributions of sub-Saharan African people to this state.”
Post Views: 1,721
Share!
Tweet