“I pledge allegiance to the Flag of the United States of America, and to the Republic for which it stands, one nation under God, indivisible, with   liberty and justice for all.” 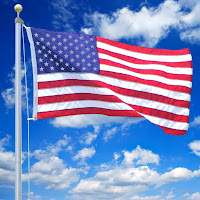 It was a chorus but the loudest and unique voices in the court room were the 10 children in front of the front roll who conscientiously seized the opportunity, to be heard loud and clear, that it is a pride and the most exciting to be citizens of the United States of America.
They had accompanied their parents and relations to the Naturalization Oath Ceremony at the U. S. District Court, Marconi Boulevard, Columbus, Ohio, on Thursday, June 8, 2017.
Judge Deavers did not fail to acknowledge the patriotism, faith and devotion of the children to the Pledge of Allegiance to the Flag of the United States of America in her opening remarks that “I am impressed by the children,” disclosing that “60 people from 23 countries have decided to become citizens of the United States.”
The countries included Pakistan, Israel, Romania, Bhutan, India, United Kingdom, Somalia, Canada, Djibouti, Tanzania, Ghana, Australia, Bangladesh, and China. Others included Mexico, Argentina, Greece, Philippine, Morocco, Eritrea and Guinea.
It was one of those ceremonies with remarkable outcome at the U. S. District Court Southern District of Ohio as Fran Green, the in-House Master of Ceremony, stepped to the side for the Judge to preside. “Today, the oldest person that will become a citizen is 92years old and the youngest is 18years old,” Judge Deavers announced.
Beginning from the front roll, they introduced themselves by name, country of most last phrase being, “I’m proud to be a citizen of the United States of America.” After the 59th person, the 60th introduction was done, not by the person, but another. “This is my grandfather,” Prajai Tiwari, a teenager stood up pointing to the old man in a wheel chair beside him. “His name is Bai Tiwari from Bhutan. He is proud to be an American.” The introduction by the grandson, Prajai Tiwari drew some giggling.

“It is something I’ve worked hard for and it is something that has taken quite some time as a journey. I have been here for 10years.”

Bai Tiwari sat on his wheel chair in the front roll, clutching the flag of the United States in one hand, watching the scene with admiration. He came to America six years ago to join the children and grandchildren. Age did not come as a barrier for him to become a citizen. All the grand children could tell on his behalf, was that “he is happy to become an American citizen.”
Imran Noor waited nine years in Bangladesh to join the parents in the U. S. in 2011. But he was excited becoming a citizen in 2017. “I feel really good because it took like five years. I had to make sacrifices of so many things because my mum and dad came here before me in 2002. I was back then in Bangladesh. I was in College and had to spend my college years without my family. I came in 2011 and reunited with them. It is a mixed feeling and I am happy. I work in JP Morgan Chase and I’m contributing my best to the society. I am happy to be an American.”
Irene Lohre, whose American husband, Michael Lohre, was present at the ceremony, felt blessed becoming a citizen. “I feel great and I am so blessed to be a citizen of the United States of America. I will contribute to the community and be a good citizen.” Irene hopes to have her family in America as well.
“I am planning to petition for my family back in Philippine some day because they really want to come to the United States and live – my sister and mum.”
Stephen Hiddleston, from the United Kingdom, said it took quite a journey becoming a citizen. “I am proud to be a citizen of the
United States. It is something I’ve worked hard for and it is something that has taken quite some time as a journey. I have been here for 10years. I am proud to be a citizen and I have all the rights and responsibility that citizenship brings. I take the Oath taken very seriously and I look forward to enjoying the rights and responsibility of being an American.”
Though they may all have come from different countries, now they are together under one nation.
Post Views: 1,663
Share!
Tweet