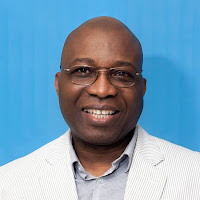 By Dr. LeRoy Boikai
The one time of the year that true patriotism is exhibited by all Liberians throughout the world is July 26th, when Liberia celebrates its independence. Liberia was created as a nation state when freed men of color left the shores of the United States to settle in Africa between 1821 and 1838.
Due to a number of factors including the protection of the colony in Liberia from the control of European colonizers, the Black American settlers declared Liberia an independent nation on July 26, 1847. One of those American settlers was Edward J. Roye, from Newark, Ohio who later became the 5th President of Liberia.
On July 26, 2017 Liberia will be 170 years old, making her the second oldest independent country in Africa, after Ethiopia, and the oldest republic in Africa. Independence Day is the biggest and most celebrated holiday for Liberians.
Here in Columbus and many other Diaspora Liberian communities, celebrations include a weekend of festivities such as Saturday field day activities, an evening Independence Day Ball, and Sunday worship services.
Since 2009, Liberians in Columbus have added a special and unique event to its Independence Day celebrations. On Friday of the weekend celebrations, Liberians have held a special ceremony at the Ohio Statehouse to celebrate and honor Liberia and the contribution of Liberians to the State of Ohio in particular and the U.S. in general.
On that day, the flag of Liberia flies on the grounds of the Statehouse in honor of Liberia. The State of Ohio, Franklin County, and the City of Columbus officials often participate in this elaborate ceremony. In some years, Liberian government officials such as the UN Ambassador and the Minister of Foreign Affairs have graced these occasions. In 2009, President Ellen Johnson Sirleaf of Liberia sent a special video message for this celebration.
(Dr. LeRoy Boikai was former President, Liberians in Columbus, Inc.)
Post Views: 1,295
Share!
Tweet