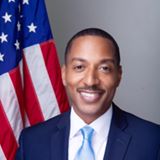 Between May 2012 and November 2016, Commissioner Kevin Boyce of Franklin County, Columbus, Ohio served as a State Representative for the 25th Ohio House District. In acknowledging the high population of new Americans in that District, Commissioner Boyce who was elected by the voters of Franklin County to serve as a Commissioner in 2016, had various conversations with the new Americans’ community. As the conveyer of the New American Forum on Wednesday,  May 10, 2017, he spoke with TheNewAmericans on his mission to put on the front burner the contributions of the new Americans to the growth and development of Central Ohio and in due time, the State of Ohio.
Conversation
When I was a member of the House of Representatives, Ohio House, my district in particular, had a high population of new Americans. In various conversations with our community we realized that we needed to have a broader conversation about economic awareness, education access, access to health care and other cultural competency-related kind of issues in those areas.  We started a small round table conversation in the office and it turned into broader and deeper conversation. Last year we introduced three bills in the legislature, this year we have this forum and we are going to do a report. It is becoming a rich conversation and it is only going to grow.
Response
The response has been excellent, I haven’t had any negative feedback. With the exception of the executive orders that came from the White House, I really feel that Central Ohio certainly is an inclusive community that values diversity. I feel strong about new Americans being a part of our community. Eventually we will take out the word “new” and speak to all Americans. At the end of the day America is a country of immigrants – from the very beginning. I think that will prevail also.
Expectation
What we should expect from now depends on what comes from the White House. It is hard to really put your hand on what their next steps are, considering they’ve done two executive orders that are somehow anti-new Americans. There are number of bills out there that threaten to stop funding to communities that don’t abide by their restrictions. I think that this conversation is just beginning and it could get a lot worse than it is today considering where this administration is going since the beginning of their tenure. I think we are stronger together and the more we convey like this and have our own position the stronger we will be. Now is the time to roll up our sleeves and really try to break down each issue. That is why we got these committees where many folks in the community  can participate and we can really drill down and fill back the layers and see where we have some gaps, where we need to put some resources and where we need to do some planning.  Those committees  will meet the rest of this year and generate a report for our community that will be sort of our blue print for where to go next.
State Strategy
I hope that with this conversation, I will like to see long term. This conversation happens in every urban city in Ohio. At a statewide conference we can come together and really pick best practices from one community to the next and work together for a State strategy. I am really hopeful for that.
Post Views: 1,326
Share!
Tweet