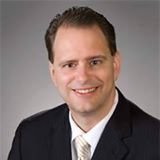 Richard Herman, Immigration Lawyer was a Guest Speaker at the recent New American Collaborative Initiative meeting in Columbus, Ohio. He spoke to TheNewAmericans on measures that should be taken by immigrants who may be affected by the policy of President Donald Trump on immigration.
Immigrants
They should carry with them documents that indicate that they have been in the United States for more than two years. There is a provision in the law that Trump is signaling he’s going to enforce which is if the Immigration and Customs Enforcement, ICE agents think a person has been here less than two years undocumented they could be deported without a trial. If you have been here for like five years, and you’ve got kids that were born here three years ago, you’ve got receipts like utility bills, keep them with you. If you have good character or no criminal records that goes a long way both in bond issues when immigration is involved.
Prepare
The best thing is to prepare and talk to someone who knows immigration laws to plan your strategy going forward. What happens, if you apply; can you apply for something in the immigration court; are you eligible for asylum; are you eligible for cancellation or removal or green card program?
Stay low
There are some people, there is nothing they can file for. Make sure that if there is a program out there that you are eligible for, get a good advice and perhaps they can file. They are going to stay low and wait for the law to change.
Marriage
If it is in good faith and a real marriage to a U.S citizen or a permanent citizen, he could file. If the person is here legally but overstayed, and then married a U.S citizen he can apply for a U.S green card. If they came illegally without a visa it is more complicated. They may apply for a waiver here and if they get the waiver approved they could travel out of the country and go to the embassy to apply for visa to come back in.
Travel
If they have green cards and they want to travel, they have to make sure they have no criminal convictions and background unusual. I do recommend they have a lawyer represent them, they have documents signed by a lawyer that they can take to the border in case there is a problem and the lawyer can intervene. But generally speaking, they shouldn’t be afraid.
Vote
Under state statute and immigration statute it is an offense to vote accidentally; it is a violation of the law. And the N-400 will ask specifically if you voted unlawfully. But you have to talk to an expert before you file. There are ways to become a citizen even though you voted unlawfully.
Post Views: 1,203
Share!
Tweet