Hem Bista, the eldest of the four Bista brothers, owners of Bista Brothers Grocery stores, with two locations in Akron and Columbus, Ohio immigrated to the United States in 2008 from Nepal. He was soon joined in 2009 by Tara and Dilli, and by Amber in 2010.
In 2011, Hem who was working in a foundry suggested to Tara, who was based in Houston, Texas the need for them to start their own business so they can realize their American Dream. The suggestion was the motivation that Tara needed to go back to business as that was what he was doing in Nepal.
They both put their savings together and started Bista Brothers Grocery LLC in Akron. In 2013, two years after the success in Akron, Tara travelled the almost two hours’ distance from Akron to Columbus in search of a place to expand. He discovered a one and a half acres of abandoned property closed to west of Morse Road. 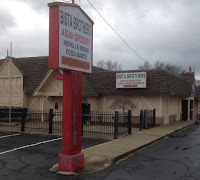 They did a lease-purchase deal of the property for $210,000. In July this year, the Bista brothers would complete the installment and take full ownership of the property just like that of Akron.
Amber, who spoke to TheNewAmericans on behalf of the brothers said “I sold my house in Akron and moved down to Columbus to run the store.” According to him, “it’s like we started from zero. We didn’t have money when we came to U.S. We made the money here and invested the money here. Now we all work in the business. We have been able to retain and add to our customer base by being polite and respectful.”
Post Views: 1,921
Share!
Tweet