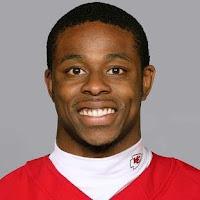 As millions of fans of American football all over the world are expected to be glued to their television sets Sunday, February 5 to watch the 2017 Super Bowl LI at NRG Stadium in Houston, Texas, between the Atlanta Falcons and New England Patriots many in Ohio State will be rooting for cornerback, Deji Olatoye of Atlanta Falcons.
Deji, born July 20, 1991 in Cleveland, Ohio and son of the chairman of African in Diaspora, Columbus, Ohio, Oye Olatoye played college football at North Carolina A&T. He was originally signed as an undrafted free agent by the Baltimore Ravens.
Already, Columbus-based Attorney, Emmanuel Olawale, a fan of Deji Olatoye has sent invitations to friends to join him in a Super Bowl watch Party.
Post Views: 1,204
Share!
Tweet