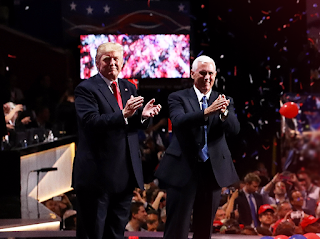 ·          Hope     ·         Tolerance   ·         Trust
·         Jobs       ·         Peace          ·         Rule of Law
·         Unity     ·         Tax              ·         Improve on Affordable Health Care
As Americans and the rest of the world await the swearing in of President-elect Donald Trump on Friday, January 20, 2017 as 45th President of the United States  the common features in the expectations include a united country, a world of peace and tolerance.
In several interviews with community leaders in central Ohio, they expect the new President to come with hope, unity, tolerance, trust, create jobs, peace, ensure rule of law, review the tax law and improve on the current Affordable Care Act.
…Diversity makes us great
Oyewole Olatoye
President, African in Diaspora Ohio
Usually you judge an individual based on the manifestos. In this case, the utterances of the President-elect, Donald Trump during the months leading to the election were a bit scary and sometimes downright appeal to segment of the American population clamoring for a homogeneous rather than heterogeneous society. It’s the diversity of the United States of America that makes us great. When we widen the gap between the various makeups of this our society, overall we don’t do well as a nation. Look at our history and you will find many instances where the last statement proves to be right. Haven said these, expectations may not be the operative word but hope is more appropriate. And with hope, one can expect for the new president elect to surprise us all; to do the exact opposite of what he campaigned on and that will have many of us singing his praises.
…Be President of all
Seleshi Asfaw
President, New Americans Collaborative
I will expect from the new President a message of tolerance and welcome, no matter where you are from.
Americans should be proud of being part of a nation of immigrants, understand that immigrants and refugees added to the American fabrics.
We expect Donald Trump to be a President to all, lead with hope, trust and not fear.
…Should create jobs
Sharif-Ali Hashim
Elder Somalia Community
We expect Donald Trump to be President of all Americans, create jobs and to work for peace around the world, especially for the oppressed people everywhere. As Americans, and of Somalian origin, we are all responsible for everything that happens here and we are concerned. We hope he would work to our own expectations.
…Understand policy of unifying families
Comfort Kenneh
President, Liberians in Columbus
We expect the President-elect Donald Trump to be mindful of the law and not bully congress to go around the law. He should take a good look at the immigration policy and not deport people without fully understanding America’s policy of unifying families. This country is composed of immigrants and they have made meaningful contributions to its growth and we need not forget that.
He should discourage racism which was so expressed by many during the campaign; grow the economy as he promised; fix the tax laws so that the middle class does not pay more than their fair share and improve on Obama health care and not get rid of it.
…Equal opportunity for all
Samuel Sarkodee
Executive Director,
Afri-Net Center
It is my holistic expectation that America remains “the land of the Free and the home of the Brave”, devoid of racial discrimination but equal opportunity for all including citizens and New Americans. It is my prayer that the President-elect stay on his promise of providing job opportunities for all and improve on the economy while refraining from acts that could jeopardize the integrity of the United States of America. He should avoid threading any path that could trigger any act of nuclear war but rather seek to ensure the safety and security for all living in the United States as well as the world. Again the quest to fight ISIS should not be over emphasized but rather must be done in a cautious manner not to negatively impact the economy. Little foxes like Russia that might be hypocritically seeking the least opportunity for cyber invasion of the American security system must be watched and not tolerated or given the chance. As New Americans, I would like to advise we leave in peace and harmony to support each other and be law abiding citizens or residence of the greatest nation in the world. We, as New Americans, are grateful for the opportunity to be part of the free world society either for greener pastures or for posterity.
Post Views: 1,237
Share!
Tweet