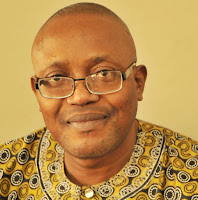 I lived in Ghana continuously for about three years from January 6, 2013 and thought President John Mahama could easily be defeated by a determined opponent. This was what happened on December 7, elections when his challenger from the New Patriotic Front (NPP) Nana Akufo-Addoh beat him securing 5,716, 026 or 53.85 percent of the votes, and Mahama recording 4.713,277 or 44.40 percent.
It was not that the opposition could proffer, or did come up with better ideas. But given the state of the average Ghanaian, any hope, or even promise of change, was enough to sway him.

President Mahama is a charismatic politician who can easily charm his way into peoples’ hearts. I met him twice and watched him sing the national anthem in a melodious tune to wild applause. People smiled at him, but the economy did not; it was in pains. Unfortunately, the Mahama government could not break itself free of the International Monetary Fund (IMF) and World Bank (WB) straight jacket. These institutions applied make-up on the Ghanaian economy, and commended its beautiful looks. They needed a poster boy in Africa, and picked Ghana; a myth of fantastic growth was woven around the country with a false paint of prosperity. The country was then presented on the international stage where illusion replaced reality.

Behind the flattery of their economic statistics which presented Ghana as the role model of development in Africa, were the ugly scars of a run-down economy, the pangs of hunger and the stretch marks of distress.
The first issue that confronted me in Ghana was the cost of food; it was twice that of the Nigeria I just left. As I watched Ghanaians eat in public places, balanced diet seemed off the menu; many simply stuffed their stomachs and resumed the race to make a living. A year before, I had been one of the leaders of a mass movement that fought the Nigerian government through mass strikes and street protests for increasing the price of petrol (PMS) but in Ghana, the price increased almost weekly. I wondered how a manufacturer or employer could plan if he did not know how much a litre of fuel could cost the next minute. Although occasionally, I saw an ancient train wail noisily past some areas, but there was no mass transit, and, compared to Nigeria, transportation cost was quite high. Yet the National Minimum Wage in Nigeria which stood at a monthly $112.5 was far higher than that of Ghana that hovered around $72.

I was chief executive officer of an organization and we paid some 70 percent higher than the average wage in Ghana, yet our staff found life quite challenging. One day, a dedicated junior staff submitted her resignation and I invited her for a chat hoping to dissuade her even if I needed to increase her salary. She said the cause is the cost of transportation. She told me the area she lived and calculated the amount that went for transportation, and I was shocked. She explained that even if I gave her an increase, it would still go mainly for transportation. Besides, in order to get to work on time, she left home quite early to beat the traffic.
Power failure was common, but unlike Nigeria where electricity supply has some organized madness and you could, like an experienced pools forecaster, predict when your power supply will be restored, it was impossible to predict that of Ghana. Power could be off a whole day, two or three. I once experienced a four-day power outage. With this, all sorts of power generators flooded the country and there was of course more demand for fuel to power them.

Mass unemployment was rife as the so called economic miracle of 7-10 percent economic growth over the years, did not translate into jobs. The fastest growing industry I noticed was the FOREX Bureau as people engaged in reckless currency speculation. Within two years, the Cedi in relation to the dollar, had climbed from 190 to 400. To make matters worse, you could not collect the dollars in your account; you were paid in Cedis at official rate. At a period, depositors were allowed S1,000 withdrawal weekly.
I had an inkling on what was to come when in 2015, I had a discussion with an 80-year old lady on the state of the country. I expected her to be unhappy with the government, but not the vehemence and analysis of the cause. She blamed Kwame Nkrumah – who had been overthrown in 1966 – for introducing stupid economic policies and politics. In any case, she assured me, I should wait until the next elections when Nana Akufo- Addo will sweep the polls and allow knowledgeable people run the country.
That was when I realized that the now President-elect might be running on two tracks of ethnocentric politics and a return to anti-Nkrumah and anti ‘verandah boys’ politics.
Indeed, his father, Edward Akufo-Addo was part of the establishment Big Five, Nkrumah broke away from in the struggle for independence. Their followers had gone on to establish an armed resistance group, the National Liberation Movement (NLM) which Nkrumah crushed. It might not have been coincidental that the military regime that overthrew Nkrumah on February 24, 1966, christened itself the National Liberation Council (NLC) Nkrumah had also dismissed the Senior Akufo-Addo as a Supreme Court Justice.

Also among the anti-Nkrumah Big Five, were two of Akufo-Addo’s uncles; William Ofori-Attah and Joseph Boakye (JB) Danquah who died in detention during Nkruma’s reign. The Senior Akufo-Addo had gone on to be Chief Justice under the military (1966-1970) and ceremonial President from August 31, 1970 until January 3, 1972 when the military overthrew the Kofi Bussia government. The NPP which produced the President-elect is actually a coalition of politicians of the Danquah-Bussia anti-Nkrumah tradition.
Akufo-Addo had been careful to sell a different image, promising to develop Nkrumah’s town, Nkroful. Also, after his victory was announced this week, his supporters circulated a photograph of Nkrumah meeting a thirteen year-old American, George Miller, purporting it to be the President-elect as a young man meeting Nkrumah.

Akufo-Addo has promised Ghanaians mass employment under his “One District, One Factory” programme, and to check inflation and budget deficit. Under his poverty alleviation project, he promises to spend $275 million annually over the next four years. He is also to probe the Mahama administration for alleged corruption; this promises to have Ghanaians fixated for a year or two. However, in the tradition of Mahama, he promises to run Ghana on the basis of Market Forces; pray, what force has Ghana that makes it committed to the forces at the market place? Under Akufo-Addo, I think that Ghana would remain an African dream, deferred.