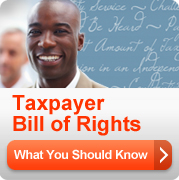 It hinted that taxpayers claiming certain tax credits may expect a longer wait for refunds.
The IRS will begin accepting electronic tax returns that day, with more than 153 million individual tax returns expected to be filed in 2017. The IRS again expects more than four out of five tax returns will be prepared electronically using tax return preparation software.
Many software companies and tax professionals will be accepting tax returns before January 23 and then will submit the returns when IRS systems open. The IRS will begin processing paper tax returns at the same time. There is no advantage to filing tax returns on paper in early January instead of waiting for the IRS to begin accepting e-filed returns.
The IRS reminds taxpayers that a new law requires the IRS to hold refunds claiming the Earned Income Tax Credit (EITC) and the Additional Child Tax Credit (ACTC) until February 15. In addition, the IRS wants taxpayers to be aware it will take several days for these refunds to be released and processed through financial institutions. Factoring in weekends and the President’s Day holiday, the IRS cautions that many affected taxpayers may not have actual access to their refunds until the week of February 27.
“For this tax season, it’s more important than ever for taxpayers to plan ahead,” IRS Commissioner John Koskinen said. “People should make sure they have their year-end tax statements in hand, and we encourage people to file as they normally would, including those claiming the credits affected by the refund delay. Even with these significant changes, IRS employees and the entire tax community will be working hard to make this a smooth filing season for taxpayers.”
The IRS also reminds taxpayers that they should keep copies of their prior-year tax returns for at least three years. Taxpayers who are changing tax software products this filing season will need their adjusted gross income from their 2015 tax return in order to file electronically. The Electronic Filing Pin is no longer an option. Taxpayers can visit IRS.Gov/GetReady for more tips on preparing to file their 2016 tax return.
The filing deadline to submit 2016 tax returns is Tuesday, April 18, 2017, rather than the traditional April 15 date. In 2017, April 15 falls on a Saturday, and this would usually move the filing deadline to the following Monday – April 17. However, Emancipation Day – a legal holiday in the District of Columbia – will be observed on that Monday, which pushes the nation’s filing deadline to Tuesday, April 18, 2017. Under the tax law, legal holidays in the District of Columbia affect the filing deadline across the nation.
“The opening of filing season reflects months and months of work by IRS employees,” Koskinen said. “This year, we had a number of important legislative changes to program into our systems, including the EITC refund date, as well as dealing with resource limitations. Our systems require extensive programming and testing beforehand to ensure we’re ready to accept and process more than 150 million returns.”
The IRS has been working with the tax industry and state revenue departments as part of the Security Summit initiative to continue strengthening processing systems to protect taxpayers from identity theft and refund fraud. A number of new provisions are being added in 2017 to expand progress made during the past year.
Beginning in 2017, a new law requires the IRS to hold refunds on tax returns claiming the Earned Income Tax Credit or the Additional Child Tax Credit until mid-February. Under the change required by Congress in the Protecting Americans from Tax Hikes (PATH) Act, the IRS must hold the entire refund — even the portion not associated with the EITC and ACTC — until at least February 15.
This change helps ensure that taxpayers get the refund they are owed by giving the IRS more time to help detect and prevent fraud.
Choosing e-file and direct deposit for refunds remains the fastest and safest way to file an accurate income tax return and receive a refund.
Post Views: 1,321
Share!
Tweet