The Christ International Community Church, Columbus, Ohio will launch the Financial Peace University (FPU) on Saturday, January 7, 2017 at the Church location on 4254 Cleveland Avenue, Columbus, Ohio 43224 beginning 10am. It will hold every Saturday till March 4, 2017.
The Resident Pastor, Simbo Odunaiya told TheNewAmericans that “Financial Peace University is a nine-week video curriculum taught by financial expert Dave Ramsey, and it incorporates small group discussions that help encourage accountability and discipleship.
“Through this easy-to-follow lessons, participants will learn how to get out of debt, create a budget, make wise spending decisions, save for the future, and so much more!  On average, Financial Peace University graduates pay off $5,300 in debt and save $2700 in only the first 90 days,” he added.
He said that child care will be provided.
New Americans Collaborative meeting holds Dec 13
The New Americans Collaborative meeting for December, 2016 will come up Tuesday, December 13 at the ETSS head office, 1060 Mt. Vernon Avenue, Columbus, Ohio 43203 beginning 5pm.
According to the Executive Director of ETSS, Dr. Seleshi Ayalew Asfaw, “the focus of the month’s meeting is ‘Building Connections, Trust and Leadership’ based on the recent OSU tragedy at OSU campus.”
Guests from the County Commissioners, City, Police and Franklin County Sheriff office are expected at the meeting.
Yoruba Club 21 Columbus holds 2016 party Dec 23 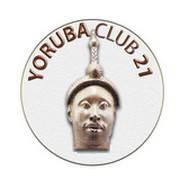