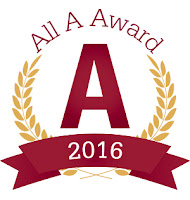 The State Board of Education of Ohio has recognized one district and five schools with the All A Award for earning straight A’s on their 2015-2016 Ohio School Report Cards.

The five schools include Stevenson Elementary, Grandview Heights, Columbus, in Franklin County; Dorothy E. Lewis, Elementary School, Solon City, Cleveland in Cuyahoga County; Ottawa Hills High, Ottawa Hills Local, Lucas County; Oakland High School, Oakland City, Montgomery County; and Greater Summit County Early Learning Center, Summit County.
Oakwood High School and Ottawa Hills have won the All A Award twice while the other schools are winning it for the first time.
In addition, 54 districts and 169 schools received the Momentum Award for exceeding expectations in student growth for the year.
“During this transition period, it’s especially impressive to see schools adjusting quickly to the new, more rigorous standards,” said State Board of Education President Tom Gunlock. “The State Board of Education is proud to recognize these students, teachers, administrators and parents for their hard work.”
Any Ohio school or district is eligible for the All A Award if it received A’s on all of its applicable report card measures. This is the second year the All A Award is being presented to districts and schools. Beginning in the 2017-2018 school year, the State Board of Education will recognize any school or district that earns an A on its report card overall component score.
Any Ohio school or district is eligible for the Momentum Award if it receives straight A’s on all Value-Added measures on the report card. The school or district must have at least two Value-Added subgroups of students, which include gifted, lowest 20 percent in achievement and students with disabilities.
Post Views: 1,302
Share!
Tweet