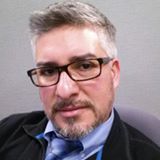 Parades, Fireworks, Patriotic songs, and Readings of the Declaration of Independence are all synonymous with 4th of July. Monday July 4, 2016 the United States will celebrate 240years of Independence from Britain. It was July 4th of 1776 that the Congress of 13 colonies (original states) of Britain in the North America decided to ratify a draft of the Declaration of Independence written Thomas Jefferson and others. After the ratification, a declaration was made announcing the separation of the colonies from England.
“The 13 original states that were under British rule at that time were New Hampshire, Massachusetts, Rhode Island, Connecticut, New York, New Jersey, Pennsylvania, Delaware, Maryland, Virginia, North Carolina, South Carolina and Georgia,” according to a United States Citizenship and Immigration Services publication.
As the holiday is being celebration The New Americans interviewed Americans on what 4th of July means to them and how they will celebrate it: –

Columbus, OH
It means Independence from the British which made the U. S to become the great country that it is today. Furthermore, it gave me the chance to live in it. I’ll be in Lake George, New York with my family probably going to see fireworks. It’s what I do every year as a tradition on the 4th of July. 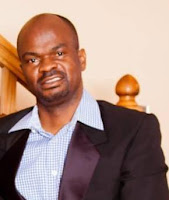 Pastor Olusanya Oyedola
Columbus, OH
Resident Pastor, Sanctuary of Hope Church
July 4th is a great day I love to celebrate with the nation of America as day of Independence, where I presently reside as a naturalized citizen with my wife and two boys. We have plans to receive an old friend who is in the army. He will be visiting with his wife and their daughter, all the way from Stafford, Virginia for the holiday season. It is going to be one of my best celebrated year since I moved to America in December of 2009. 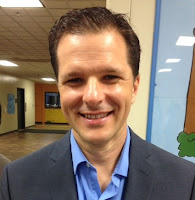 President, Tridico Designs Solutions
Of course it’s a time that I reflect on our freedoms here in America, but I especially think of my close family members that have served and fought for our freedoms and the stories they’ve told me of their experiences. I take personal responsibility and tell those stories in keeping their memories going. It’s also a great time with family and our kids. My little girl Ella enjoyed watermelon for the first time years ago this time of the year. I think of her and the blessings of children we’ve been given. Hopefully I can share watermelon with my family, sit under a tree, lay down in the grass, look at the beautiful blue sky and be thankful to God for all of it. I look forward to hearing the snapping and thunder and seeing the vibrancy of fireworks while sitting on a Blanket with my family.
Emmanuel Quainoo 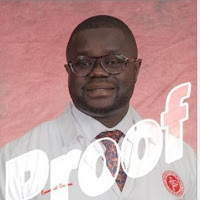 Pharmacist, Columbus, OH
4th July means a lot to me as an immigrant. To the American, it means freedom from oppression. To an African immigrant it means freedom from economic hardship. It is also a time to be thankful to the people of America for making me live a dream, a dream of acquiring higher education and putting my skills and intellect to work without nepotism and favorism. Therefore, as the people of America celebrate their freedom, I celebrate with them and hope that truly, our independence and freedom our fathers fought for, in Africa would one day become a reality rather than the mirage we are witnessing across our continent. I will be in Baltimore as the best man in a friend’s wedding.