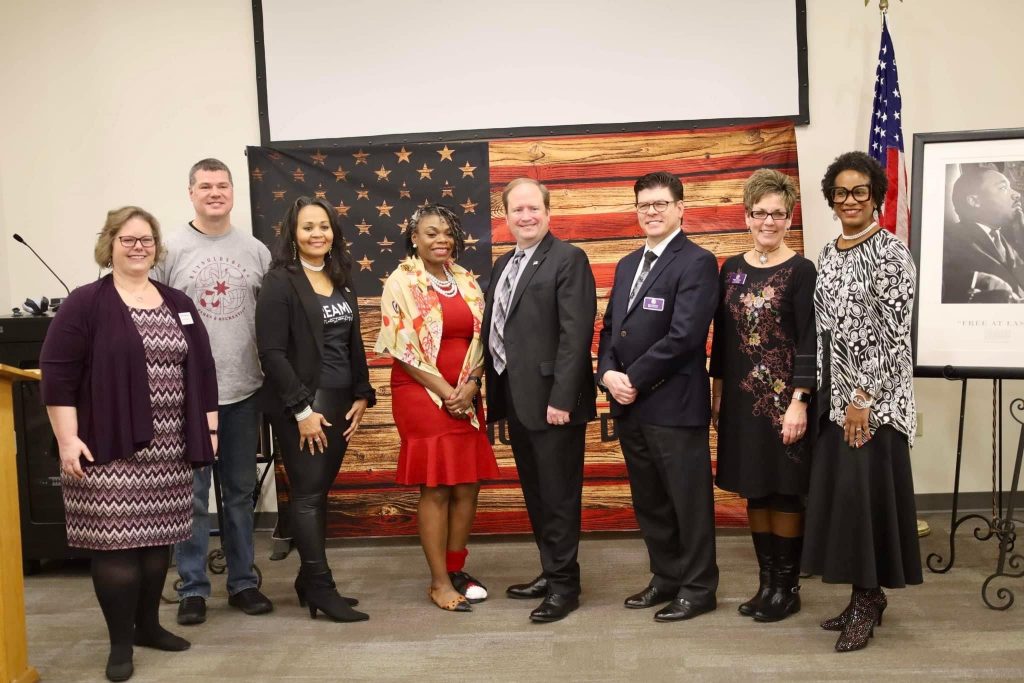 Franklin County Commissioner Erica Crawly has lauded Reynoldsburg City officials and United Methodist Church leaders for their role in the project of the works of Dr. Martin Luther King Jr.

The Commissioner and attendees all agreed that her election to the top job as the first African American woman in that capacity resulted from Dr. King’s legitimate fight to ensure equality reigned. “This genuine fight did not go unnoticed,” she insisted.

“Everyone in the room felt the celebration was pure and heartfelt. Reynoldsburg Area Democratic, the city, and community members followed Dr. King’s legacy to the fullest,” said a resident.

Reynoldsburg Mayor Joseph Begeny signed a proclamation recognizing January 14 as the MLK Breakfast Celebration day in Reynoldsburg and encouraged the community to honor Dr. Martin Luther King Jr. As the brains behind such an excellent memorial breakfast; Councilwoman Shanette Mobley Strickland received the declaration on behalf of the city.

Born on January 15, 1929, Martin Luther King Jr. is in the annals as one of the most prominent civil rights leaders who led a determined movement against discrimination and professed equality from 1955 till his assassination in 1968. He used nonviolent tactics to achieve civil rights and helped lead the 1963 March on Washington. Every year this time, Americans in Ohio join their counterparts nationwide and even admirers of the activist across the world to celebrate Dr. King.

On Monday, January 16, he’s always remembered and celebrated for his life and achievements. King led the civil rights movement in the U.S. from the mid-1950s until 1968 as a Baptist minister and social activist. Dr. King’s Day became a national holiday in 1983 when President Ronald Reagan signed the legislation.

Isha Dhakal, a New American student, was introduced by the Reynoldsburg City School Board President. She explained that Dr. King helped her family when they immigrated to the United States because the civil rights movement was a crucial time, especially for minorities seeking equal opportunity like her family did when they moved here.

The council’s president, Angie Jenkins, introduced the guest speaker, Dr. Gerald Saffo, a pastor and a doctor of philosophy. In his speech, Dr. Saffo emphasizes the importance of “living like Dr. King by seeking the truth, and I don’t mean searching the internet.”

He further reminded everyone that Dr. King’s “I have a dream speech” can be misunderstood if we don’t remember his Christian worldview, where he identified that the dream originated in the mind of God. “Speaking the truth is often painful, but we must say it.”

The first-ever MLK Jr. Breakfast Celebration showcased Reynoldsburg’s progress toward diversity and inclusion, which were part of Dr. King’s vision.