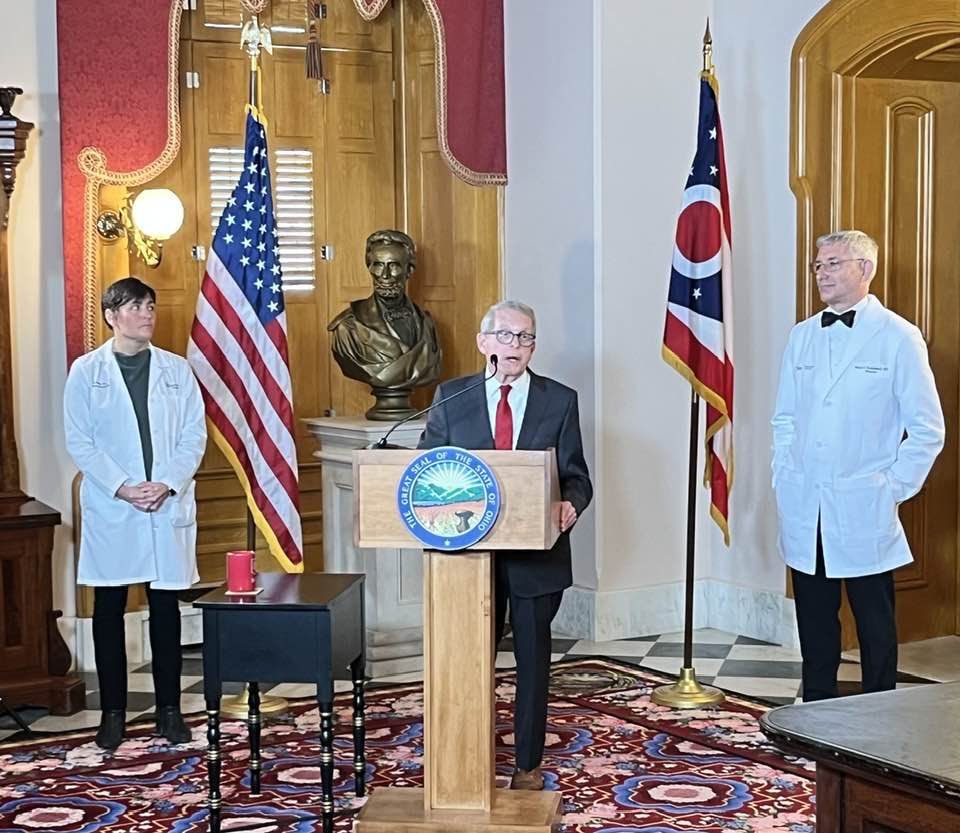 Ohio Governor Mike DeWine vetoed House Bill 513 that would have prohibited local governments in the state from enacting laws banning the sale of flavored tobacco products in their jurisdiction.

“We’re seeing more young people vape because of the enticing flavors available, which leads them to becoming addicted. That’s why I vetoed HB 513, which would’ve prohibited local governments from enacting laws to discourage the use of tobacco,” said Governor Mike DeWine.

Reacting immediately to the veto by Governor DeWine, the Ohio Municipal League, representing more than 730 cities and villages, has expressed gratitude to Governor Mike DeWine for his veto of the House Bill 513, a legislation which would have preempted municipalities from banning the sale of flavored tobacco products within their jurisdictions.

The City of Columbus recently banned the sale of flavored tobacco products in the city, citing health hazards as one of the reasons.

“On behalf of the more than 730 cities and villages the Ohio Municipal League represents, we wish to express our gratitude to Gov. DeWine for his veto of House Bill 513 – which is a win for Home Rule and for local leaders making local decisions,” said Ohio Municipal League Executive Director Kent Scarrett.

“Public policies are often best left to the government that is closest to home, which is most often in municipalities. This is especially the case when it comes to the health and safety of residents. The league will continue its work of ensuring that municipalities do not face additional preemptions from the expansion of state government and is grateful to all the organizations that urged the governor to veto HB 513.”

Also responding to Governor Mike DeWine’s veto, Columbus City Councilmember Shayla Favor who sponsored Ordinance 3253-2022 which prohibited the sale of flavored tobacco products in the city said “I’d like to thank Governor Mike DeWine for standing up in support of our children’s health. Flavored Tobacco and tobacco addiction has an undeniable chokehold on Black and Brown communities and we must confront that with investment and meaningful policy change.”

“That’s why Columbus City Council and Columbus Public Health are excited to partner with community health organizations for a $1 million cessation education campaign to support our youth and residents with access and awareness of programs that can help them fight addiction.”

In the wake of the banning of the flavored tobacco in Columbus, Councilmember Shayla Favor, chair of the Health and Human Services Committee, sponsored Ordinance 3253-2022, which amended Chapter 715 of the Columbus City Codes to prohibit the sale of flavored tobacco products in the City of Columbus.

“The goal of the City of Columbus and Columbus Public Health is to protect residents from dangerous products and to reverse the impacts of generations of tobacco marketing focused on African Americans and children.

However, the Ohio Senate Ways and Means Committee voted late last year on an amendment added to another tobacco bill that would prohibit cities and other jurisdictions like Columbus from passing bans on flavored tobacco products.