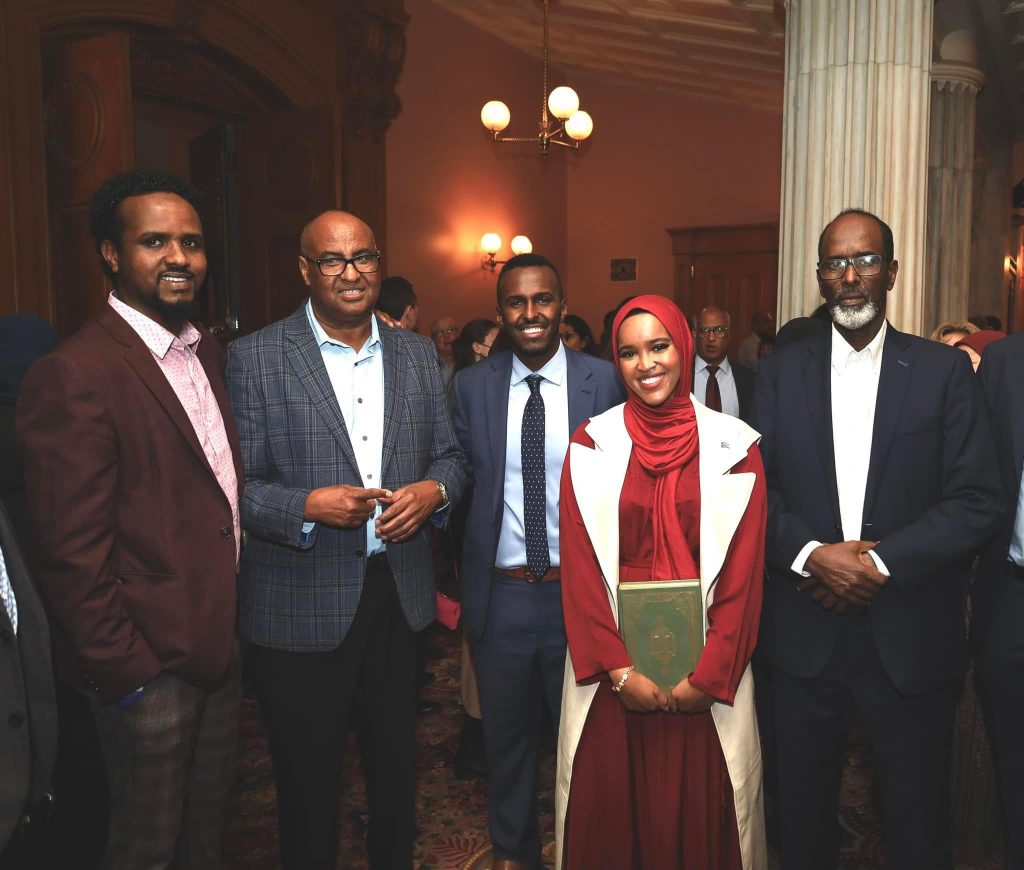 By Okon Ekpenyong, with reports from Shaaciye TV

After winning their primary and general elections, two immigrants from Somalia surpassed all odds. They became the first Somali American male and female, and Muslims elected to the Ohio State House of Representatives. On Tuesday, January 3, 2022, they were officially sworn in at the State Capital.

Although their roads to where they are now were long, the election of Ismail Mohamad and Munira Abdullahi is a vital reminder to all refugees and immigrants in the United States never to give up. Perseverance lies in taking on new challenges, following God, giving back to your community, and sharing the knowledge you gain with the rest of the world.

“Ohio’s 135th General Assembly is back in session. Such a blessing to be able to be joined by family and friends as I was sworn in to serve my constituents and the people of our great State. Thank you for the trust you have bestowed. Now, let’s get to work”, Rep Mohamed said.

The Ohio House of Representatives Minority Leader Allison Russo officiated the swearing-in ceremony for the first Somalian parliamentarians, and Somalian leaders, friends, and families were in attendance. Rep Abdullah, who holds a double bachelor’s degree in political science and international relations, has devoted her time to advocating for policy changes and improving the lives of youth throughout Central Ohio. “We have the same values on both sides, but they are somewhat diluted and convoluted; we want to work across the aisle to communicate these issues,” said Representative Muniro Abdullahi.

The Somali population in Central Ohio is the second largest in the nation, behind Minnesota, but that wasn’t the only factor in their victory. Columbus and its surrounding cities’ refugee and immigrant populations are growing daily. Seeing this is a testament to Central Ohio’s welcoming culture and ability to provide a thriving environment for individuals and their families.

Even though the two Somalian Americans recently made history in Ohio, several other Somalian Americans have run for or are currently serving in public office throughout the United States. Somali American Elected Officials Network reports that 29 members currently serve as elected officials in local, State, and federal governments, including Minnesota’s Representative Ilhan Omar.

“In the Statehouse, we will be the minority, so we must listen to the other side, form connections, and work with them to understand the issues we are running on. Many times, things are too politicized when they shouldn’t be,” State Rep Ismail Mohamed said. Rep Mohamed further explains that whether you vote blue or red, paying $4 worth of gas and struggling to pay the bills is a universal issue”.

In Central Ohio, Shaaciye TV, a well-known Somalian television station, was at the Statehouse to cover all the action.