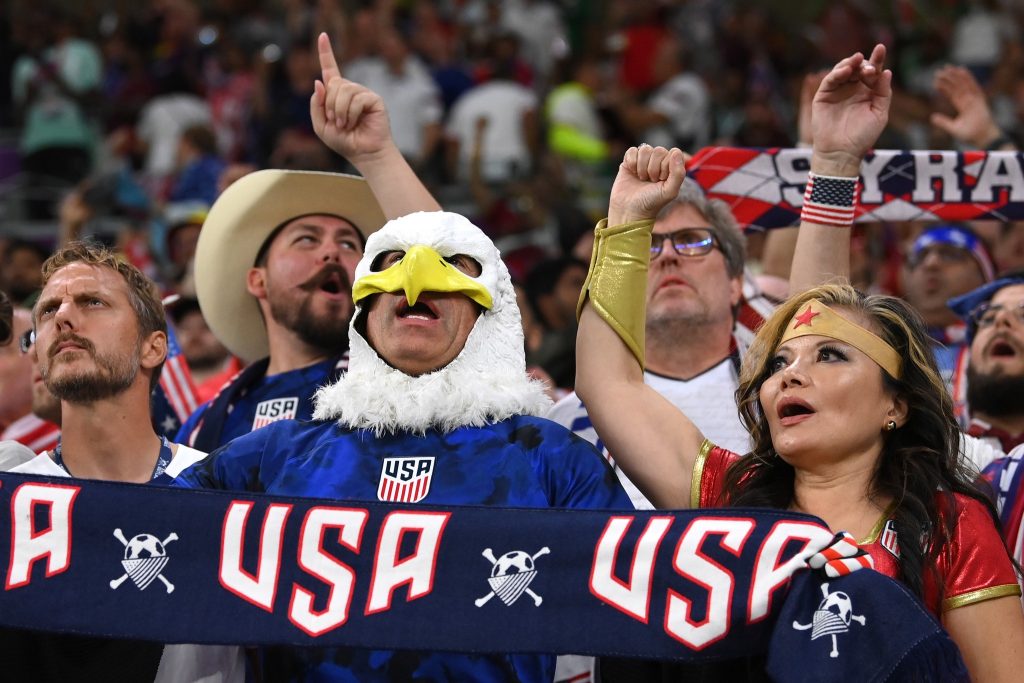 It was a packed house at “The Pub,” located on the Southeast side of the Lower .com field, home of the Columbus Crew. Thousands came to watch Team USA take on England in Group B on Black Friday. Throughout the World Cup, the Crew has been hosting a free watch party at the stadium.

In the offseason, such gatherings help build a better community relationship, especially among football fans, and help keep the club connected to its fans. “Over 2500 fans showed up, but we had to open the stadium gate because we were expecting just 1500 to attend,” a Crew staff member said.

Since the tournament started on November 20, it’s been a back-to-back shocker. “So, do not pick on a team to win a match solely based on predictions; you might be disappointed,” Maggie Edet, a loyal football fanatic, said. Another fan added, “Do not sleep on any team, and the USA “Can not Park the bus,” especially playing a team like this one. It means they’ve got to play brilliantly and always be on the move to make something happen. This year’s team wanted to give the fans a reason to stay hopeful after they failed to qualify for the 2018 World Cup in Russia.

Argentina celebrated too early when they first scored against Saudi Arabia on a Lionel Messi penalty kick to give the team a 1-0 lead after capitalizing on a penalty kick. They would go on to lose the match 2-1. Spain more than took care of business, defeating Costa Rica 7-0, and now leads Group E. Germany losing 1-0 to Japan was another shocker.

After the first matches, a few teams might be in jeopardy of not advancing to the knockout stage. France, Spain, and England are safe after cruising to victory in their first game. Germany, Argentina, and Mexico must step up their play and not “Park the bus.” The defending champion, France, from the Russia 2018 games, took the field on November 22, and they did not disappoint, crushing a 4-1 victory over Australia. They are playing to become the first country to repeat as champions since Brazil did it last in 1958 & 1962.

The game against England was the most hype match since Pride & Glory began at the stadium because whenever both teams meet, it is always memorable. Both teams went scoreless, but England still sits on top of the group stage after an impressive first game against Iran, while the USA has to do some work if they wish to advance to the knockout stage.

Whoever emerges as the top finisher in Group B will advance to play the runners of Group A, and the winners of Group A will play the runners-up of Group B. It means the USA has some work to do after today’s goalless 0-0 draw against England. They must win when they play Iran on Tuesday to have a chance to not only take second place behind England but might potentially face Netherlands or Ecuador in the round of 16.

Some fans thought England played a mediocre match against the young USA because they wanted to rest their players and knew that defeating Iran 6-2 in the first game placed them in an excellent position to advance them to the knockout stage.

The team’s defensive plays, being young and ambitious, and staying aggressive throughout the match were one of team USA’s reasons for hanging in with the Big boys. Statistically, England had a higher pass accuracy, more possession of the ball, and committed fewer fouls, but they shot less on goals and more occasional corner kicks. Tim Weah, the son of a former Liberian football star and the current President of Liberia, was the difference-maker when he scored in their draw against Wales in the first game.

USA Christian Pulisic’s ball going off on the crossbar around the thirty-two-minute mark silenced the crowd, and it would have put the team up on top. England Striker Harry Kane, a player who does not need any introduction, especially if you are a football fan, and his teammate did enough to stop the USA from scoring. It was a pretty even match regarding the number of shots and shots on goal that both took.

Next for Team USA is a showdown with Iran, which is a must-win game. Iran bounced back by defeating Wales 2-0 after suffering an embarrassing loss to England 6-2 in the first match. They sit second behind England, which is why the November 29th game is so critical for team USA.

Before the USA game, the fans had the chance to watch the home country Qatar, who, unfortunately, became the first team eliminated after losing to Senegal 3-1. It is Qatar’s first world cup, for which they automatically qualified because they are hosting the tournament.

The Netherlands and Ecuador game was exciting to watch, which ended in a 1-1 draw. It helped kick off the party. Cody of Gakpo scored in the sixth minute for the Netherlands, while Enner Valencia, captain of Ecuador, finally scored in the 49 minutes after attempting multiple shots. It was a fun match, and both teams are sitting on top of Group A.