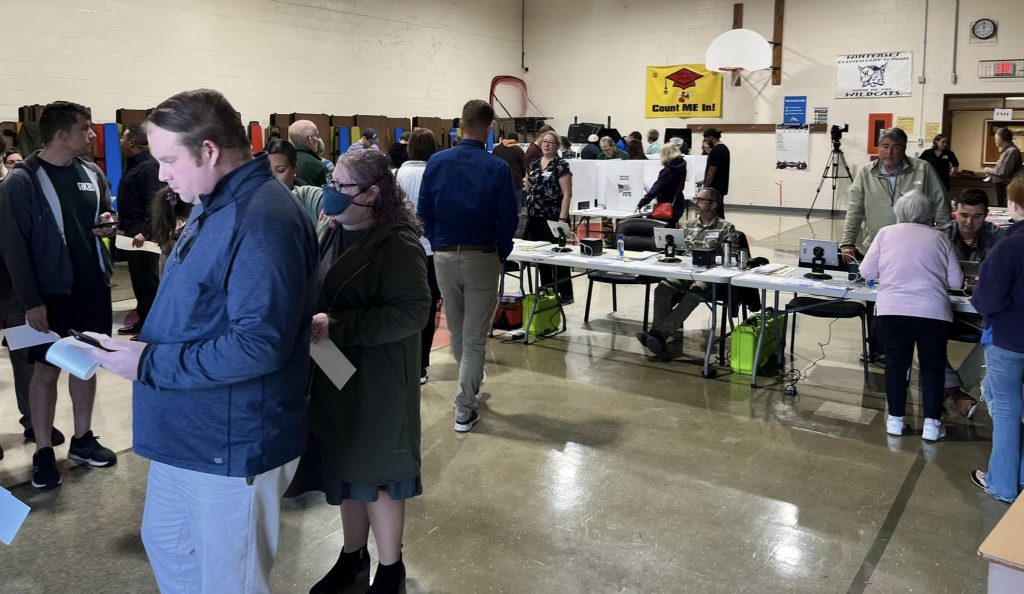 Busy Day! At every polling center visited Tuesday, November 8, 2022, the response from officials was “busy day” as Columbus, Ohio recorded one of the busiest midterm election-day, in recent times.

Many were already on the line to vote at various centers as early as 6.30am.

At  Winterset Elementary School where  Columbus City Mayor Andrew Ginther voted, two officials were assisting in directing traffic at the car park to allow easy flow of vehicles at the center.

Also, at the Holy Trinity Lutheran Church where Secretary of State Frank LaRose voted, one of the officials described the line as “stretching way back” up to midday.

“No many incidents recorded, except for those who have changed their residents. But they were appropriately handled,” the official said.

Results are expected at the end of the day, with that of the Ohio governorship and the Senate race being the most prominent of all.