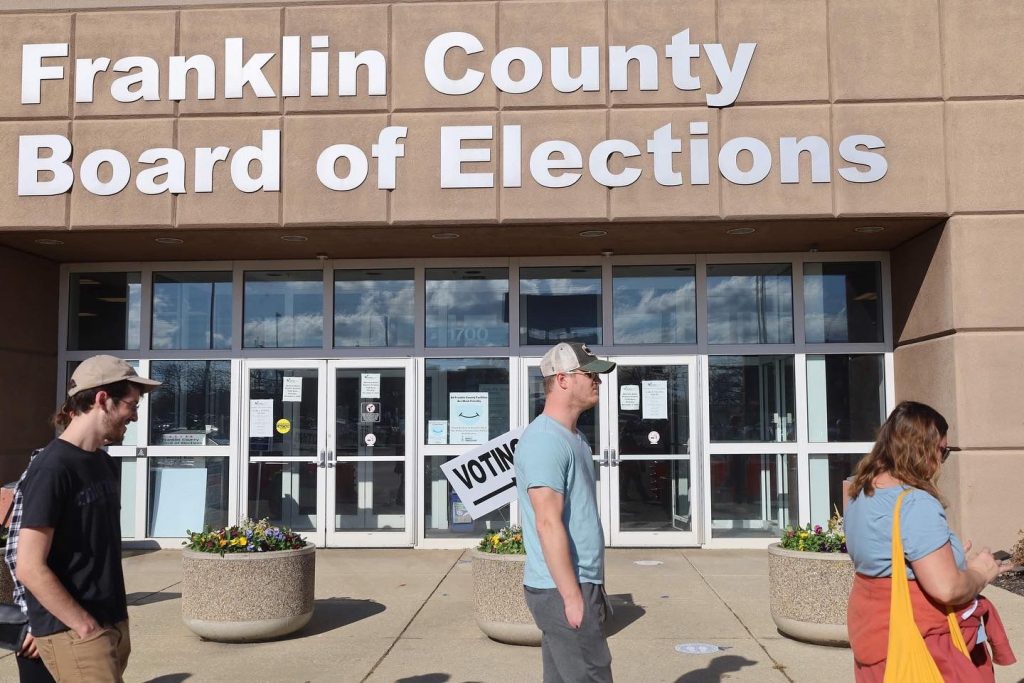 Early voting started October 12, 2022, in Ohio, while in other states, dates vary. According to the office of Secretary of State Frank LaRose, Ohio voters are turning out in huge numbers to vote in this year’s mid-term election compared to the 2018 Election. More than 549,771 people have already voted in person, and 1,392,767 ballots have been cast.

In 2018, the day before the election, there were 1,313,844 total ballast cast. Voters across the country also turn out in mass numbers to voice their frustration over the Economy, high inflation, abortion bans, and voter suppression.

So, that would explain why the 2022 midterm election is becoming more like a war of roses. Henry VII, aka the Republican, is slowly closing in on Richard III, aka the Democrat, to gain control of the House and possibly the Senate. What took place during the 2016 Republican Primary and 2020 Presidential Election in the America Political system was almost like reading more into how the Houses of Lancaster and York found themselves in the middle of the battle.

According to thoughtco.com, the War of the Roses evolved into a struggle for the throne’s power between 1455 and 1485, but initially, it was to protect and control Henry VI Mental Ill. The throne here is the White House, and every four years, both political spectrum wants to rule the throne.

Although President Biden was eventually declared the winner of the 2020 Election as we know it, both political spectrums will always argue and have different opinions on who won. The result of that election will continue to impact future democracy in the United States. It is no wonder that spillover milk continues to be a topic of discussion in this midterm election, where both sides are pointing fingers at each other.

The recent decision by the Supreme Court to overturn Roe versus Wade is driving democratic voters to the polls. On the other hand, the spike in inflation, critical race theory, and the spillover milk from the 2020 Election season are what the republican candidates and their voters are most concerned about, indeed. They are blaming everything on President Biden and using his approval rating, which is at 45% according to most polls, as they reason to this quote, “I told you so.”

Voting laws changed in most GOP-controlled states after the 2020 election, where former President Trump and his supporters did not accept the result claiming fraud. Now that the Supreme Court has overturned Roe vs. Wade, Republican-run states and their legislators have voted to ban abortion. To the Democratic party, that is an abuse of power and saying it is a woman’s right to choose.

Overall, the Economy is on everyone’s mind because of the spike in inflation, meaning high gas prices and food and energy bills have plunged. And that is a hot ticket on the Republican’s campaign tours to reduce the outrage inflation issues. However, the question regarding a woman’s right to choose appears to be a topic of discussion on both sides, but it has become the democrat’s most significant talking point.

Statistically speaking, Biden has accomplished a lot, but republican voters may say otherwise. In most polls, President Biden’s approval rating is 45% or below; some of those percentages come from his party. This information is vital because if the GOP wins the majority of the U.S Senate and U.S House of Congressional races, it could make it difficult for the Democrats to make some noise during the 2024 election.

Generally speaking, if a president has a majority of his party controlling the U.S Senate or U.S House, it could be easier to get a few things to pass. The Republican party needs to pick up two critical wins in the U.S Senate race to gain the majority. That is why Senator Ted Cruz, former President Trump, and South Carolina Senate Tim Scott and Lindsey Graham have heavily campaigned for J.D Vance, running against Congressman Tim Ryan for the Ohio U.S Senate race.

J.D Vance and Congressman have debated one another three times, and as far as who emerges as the winner, well, we will find out come Tuesday night.

Former Heisman trophy winner Herschel Walker, the opponent of Senator Raphael Warnock of Georgia, is the talk of the town in the Senate race. This race has led multiple high profiles of individuals like former President Trump, President Obama, and others to campaign for both candidates. President Trump endorses Walker; the polls show it is a tight race, but Walker has a slight edge. Several women claimed that Walker paid for them to terminate their pregnancies, an allegation that Walker has denied because he is Pro-life.

In the election season, the opportunity to meet and greet a local, state, or national candidate for more information on how the political system works in America or what type of issue a particular candidate is running on could be a deciding factor for the New American voters.

Four hundred thirty-five U.S. House seats are up for grabs, and there are 212 Republicans and 222 democrats. There are thirty-six governorships races, and the republicans will likely implement more abortion bans if they win.

In the last 48 hours, candidates from both sides have been on the campaign trail giving their closing arguments to retake their seats or become newly elected. The republican and democratic strategies out there recommend voting down the ballots in all races, including judicial ones.