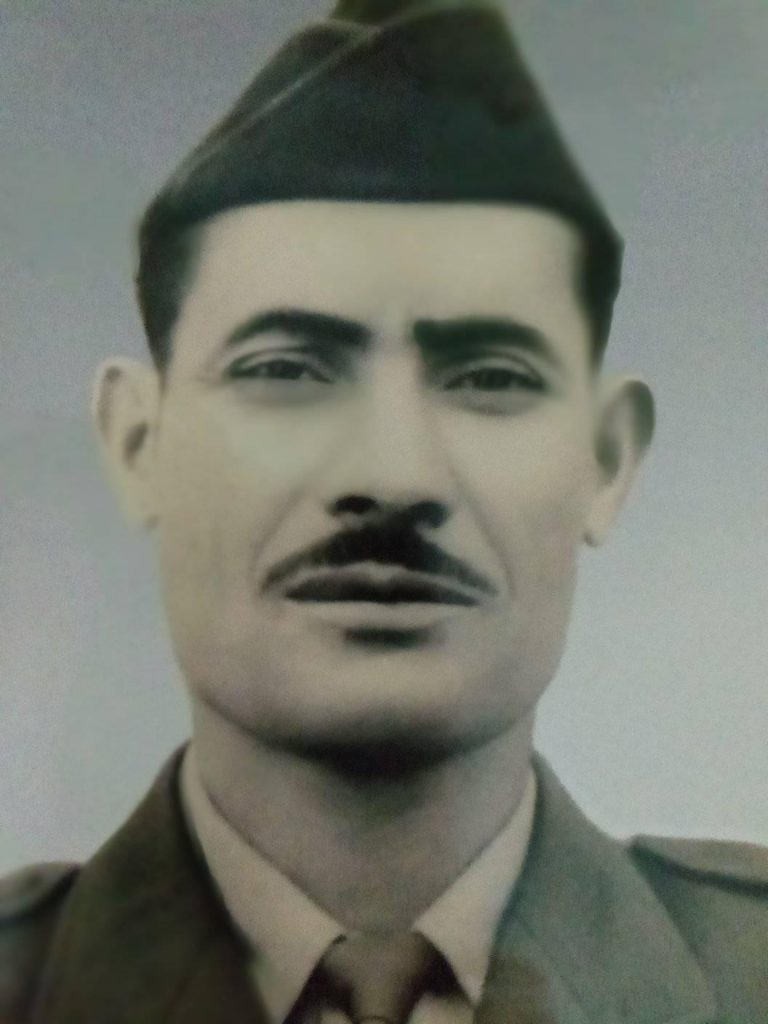 Born in 1922 in the village of Chéria, administratively under the current municipality of El Adjiba, wilaya of Bouira, Bazouche Hammouche grew up working in the land and trading.  He was forced by the colonial administration, in 1944, to do his military service.

Then came November 1954. The War of Liberation made itself heard and resounded more and more in several regions of the country.  In February 1955, Baâzouz Ahmed had decided to take up the national cause. A month later, he was appointed head of a moussebiline group which had just been created by other brave ALN fighters., like Ahmed Cherarak, Ali Habi and Si Ouakli Amlikeche.

In April 1956, the young moussebel officially joined the ranks of the ALN, in the section commanded by Ahmed Cherarak.  The list of battles and military actions in which he took part alongside his comrades in arms is very long.

He traveled to every corner of region 2 and participated in ambushes and skirmishes against the colonial army.  Baâzouz Hammouche had his first promotion to the rank of corporal in 1957 when he captured a colonial army soldier during a sweep in the Bordj Okhris region.  He almost fell on the field of honor several times.  The ambush of Tikjda in the current commune of El Esnam, of May 28, 1958, and the battle of Izerouel (Commune of Saharidj), of the 30th of the same month, are part of these most important military actions to which he had taken bravely set out alongside brave ALN fighters.

Bazouche Hammouche became a sergeant in October 1960. He was promoted a year later to the rank of sector warrant officer.  During the transitional period, between March and July 1962, he was appointed as company leader in Zone 2, Region 2, Wilaya III.  On July 5, 1962, the brave Mujahid had the honor of raising, for the first time, the flag of independent Algeria at the Place des Martyrs in the capital of Bouira.

After independence, he worked in the health service of the port of Algiers from 1964 to 1982, then as a nurse at Bechloul from 1982 until his retirement in 1988. On September 27, 2017, Hammouche Bazouche, returned the soul to its creator, in the total indifference of local authorities and public authorities.  No tribute has been paid to him since his death.  We, the children, and grandchildren of the valiant mujahideen, strongly denounce the marginalization of the one who sacrificed himself for a free and independent Algeria.