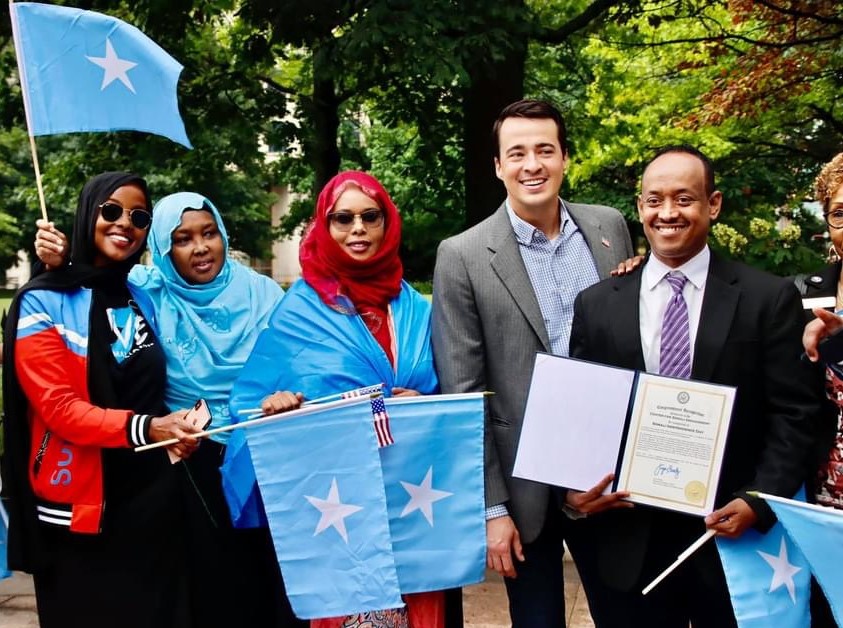 Over two hundred people will head to the Filipinas Centre in Columbus on Sunday, September 25th, to listen to Motivational Speaker, author, preacher, and life coach from the Netherlands, Abubakar Mohammed, and his brother Omar.

It will be their first visit to Ohio. The brother’s families are initially from Somalia, so when Abu published his first book, it became a great success in the Somali community worldwide. Abubakar Mohammed is the author of the Book “The Watch of The Surprises(Daawada Murugada),” and Omar’s book is “A Love That Has No Ending” (Jaceyl Aan Dhammaad Laheyn).”

The event’s theme is “enjoying your life and succeeding in this life and the next.” Abubakar Mohammed has over 1.3 followers on Instagram and 934 thousand on Facebook. They interact with their audiences in Somali, Arabic, and English. Their show has been unforgettable, heart-softening, and entertaining during their North American tour. According to organizers, the event will start at 3 pm, and the address to the hall is 3439 Westerville Rd.

Kawther H Musa, Community advocate and the co-host of the event, told the New American Magazine how excited Central Ohio residents were about this event and to see them. “I am so happy to see them in Columbus,” she said.

According to his LinkedIn page, Mohammed has a Bachelor’s Degree in Marketing & Islamic Studies. He founded the Xidig organization, which prepares Somali youth to succeed as citizens and change markers. The Somali Ministry of Youth and Sports awarded Xidig a certificate of honor for their continuous effort to empower Somali youth worldwide.