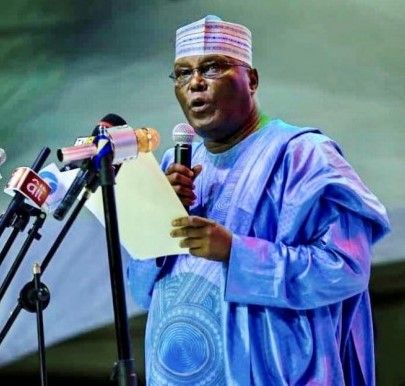 Revealing what transpired in the room in the interview section of the book, “Nigeria’s Aborted 3rd Republic and the June 12 Debacle: Reporters’ Account”,  which will be formally presented to the public on Tuesday, September 20, 2022, at the Radio House in Abuja, one of the five men, Chief Oladosu Oladipo said Major General Shehu Musa Yar’Adua told Alhaji Atiku Abubakar that “the arrangement in Kaduna should be honoured; that MKO Abiola should be the flagbearer of SDP in the election, and he spoke to Atiku Abubakar, not in Hausa but Fulfulde.”

“Having spoken to him in Fulfulde for about five minutes, tears started coming down from the eyes of Atiku. We don’t know what they discussed that moved the psyche of Atiku to tears.”

“Immediately late MKO Abiola saw him shedding tears, he moved around him, hugged him, and used his agbada, babariga, to wipe tears off his face. They hugged themselves again and Abiola said, ‘this Nigeria, we will run it together.’”

According to Chief Oladosu Oladipu, “Atiku now replied, talking to Yar’Adua, ‘you are my mentor; I couldn’t have been anything, if not for you. I’m an orphan since I was very young; no father, no mother, and God has made you to be my boss. There is nothing that you will tell me to do that I will not do. Therefore, what you have told me, I will do it.’ Then, Chief MKO Abiola and Baba Adedibu also made some remarks and that was how the whole thing went.”

Other key players whose stories are told in the book include Ambassador Baba Gana Kingibe, Chief Olu Falae, Comrade Frank Kokori and Pro. Humphrey Nwosu amongst others.