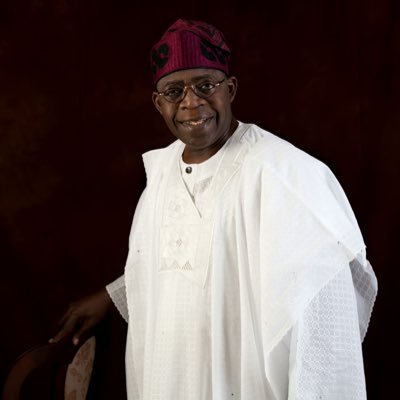 At the first attempt to inaugurate the National Assembly of the aborted Nigeria’s 3rd Republic in 1992, then Lagos State Senator Ahmed Bola Tinubu, and now a Presidential candidate for the All Progressives Congress, APC, has revealed why former head of state, General Ibrahim Babangida (retired) singled him out for a handshake after the Presidential address to the assembly despite Senator Bola Tinubu’s frontal address that day on why Nigeria must return to democracy.

In the Interview section of the book, “Nigeria’s Aborted 3rd Republic and the June 12 Debacle: Reporters’ Account,’ which will be formally presented to the public on Tuesday, September 20, 2022, at the Radio House in Abuja, then Senator Bola Tinubu narrated his encounter with General Ibrahim Babangida and other key players in the 3rd Republic and the role he played after the annulled June 12, 1993, elections.

“General Babangida did one thing that impressed me. As critical as I was, when the president finished his remarks, nobody talked. He came down from the podium and gave me a handshake, which is uncommon with military personnel, and said, ‘I like your courage and boldness. We will definitely inaugurate you but it’s not today,’” he said.

“Babangida (a General in the military and head of state) was to inaugurate the National Assembly. The media referred to the situation as diarchy. They didn’t want some of us in Social Democratic Party to go to the inauguration. Then I cited one word from late Chief Obafemi Awolowo that, ‘a boycotter is a loser.’ If we didn’t go to respond to Babangida’s inauguration, when the media was calling it diarchy, then we might be the loser to the other party, National Republican Convention, headed by Chief Tom Ikimi.”

He further narrated that “We were interested, so we went. We were in the majority, and I was very vocal that the majority party must have the leadership of the Senate and we must be inaugurated. The military postponed the inauguration. I was chosen to speak for SDP, while another elected senator was picked from the East to represent NRC.”

“I was frontal with the military government, that they have a great opportunity to return Nigeria to democracy. We have been elected and there is nothing you can do about it; you have to find a way to

inaugurate us and then plan your exit. We ended that discussion, but we were not inaugurated.”