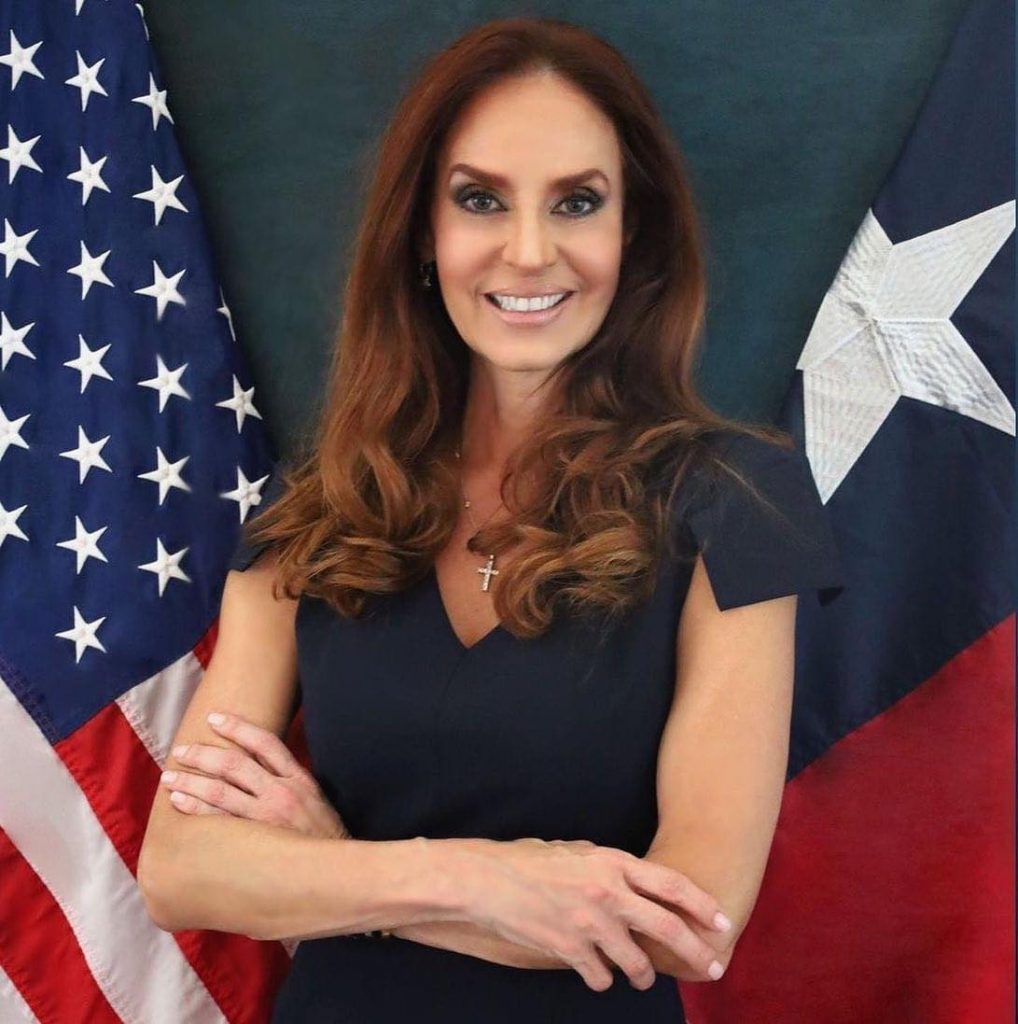 Carmen Maria Montiel, Miss Venezuela 1984, hopes to become the latest beauty pageant elected to a public office this November general election in Texas. Making it out of Venezuela was not easy and competing in beauty pageants is a big thing in Venezuela. It gives those participants the opportunities to pursue careers in politics, acting, journalism, and others.

There have been a growing number of beauty queen politicians over the years, with the Philippine beauty queen, Maria Kalaw Katigbak, becoming the first when she served on the Board of Censors of Motion Pictures between 1981 and 1985 after winning the Queen of the Orient at the Manila Carnival in 1931.

Of the four big league pageants, Miss World, Miss Universe, Miss International, and Miss Earth, Venezuela has the most victories, with 23. Carmen Maria Montiel, running for Houston’s 18th congressional district, was a runner-up in the 1984 Miss Universe Pageant, and she was 19 years old at the time.

“When I won Miss Venezuela, I didn’t want to just have the Crown for myself. I wanted to help other people and use that Crown to give money and help the people who need me and listen to people who are important places. So, I would like to use my position to help,” Montiel said during her 1984 Miss Universe competition on the show.

Family values are a thing of the past, and corruption has overshadowed the country’s rich cultural heritage. So, for many becoming a beauty queen would give them hope of making it out of poverty.

For Carmen, she would want nothing more than to give the residents of the 18th district their voice back and re-directing the country away from socialist ideology according to how the republicans and conservatives see the democratic party. It is also the world she grew up in; she does not wish that upon anyone.

Texas has been her home for 33 years, but she has been a Houstonian for almost 20 years. She ran for the district 29 congressional seat in 2018 but lost in the primary. So, this time Montiel is running against long-term incumbent Congresswoman Sheila Jackson, who has held that position for 27 years.

So no, she is not running because of her looks. Montiel is an East Tennessee State University graduate with a bachelor’s degree in Broadcasting and Spanish. Historically speaking, those competing in the pageant are college students or have gone on to complete their studies and have stellar professional careers. So, on a global scale, Montiel reported on multiple issues and was one of the reporters during the 1992 GOP Convention in Houston for Telemundo-CNN.

Texas is a red State, but part of Houston is primarily democratic rather than conservative because of its sizable ethnic background. Therefore, Montiel having strong Hispanic supporters is a good thing since Houston is an energy and oil-driven city with a vast immigrant and refugee population working in that field. Montiel comes from Venezuela, so she understands the highs and lows of growing up.

Carmen María Montiel is an acclaimed author of the book “Stolen Identity: A Story of Love, Violence, and Liberation.” In this book, she opens up about becoming a victim of domestic violence. She uses her platform to educate the public, especially thousands of immigrant and refugee women who struggle to hide or escape.

In “the guide to Good Divorce,” Carmen opened up about struggling to go through with the separation and advice she would give others, “When you walk out of a marriage, you have to deal with children and with anger that can appear in the other person because sometimes they are not rational. Get a separate bank account and get prepared financially.”

“Those are some of the experiences I can relate to when speaking with new citizens trying to understand the political world in the United States,” Montiel said.

“Also, being an immigrant, I understand the highs and lows of living in another country, and the transition one makes when living abroad,” Montiel said. While competing in the Miss Universe, Carmen served as an ambassador and role model for millions of young women globally who strive to achieve their dreams through hard work, personal responsibility, and perseverance, according to her website.

“I would like to tell all young women in this world to prepare themselves and work because in our hands lies the future,” she also stated on the show.

“Being on the world stage and a community advocate nationally and globally, I want to represent the core values and best interests of each community in the Houston area,” Montiel said.

Miss San Carlos 1977, Jennifer Granholm, is the current Secretary of Energy under the Biden Administration, after serving as Governor of Michigan and Attorney General. Also running this year is Cara Mund, who was Miss North Dakota in 2017 and Miss America in 2018. She is a Republican candidate for Congress in her home state this year. In 2022, Mund graduated from Harvard Law School.