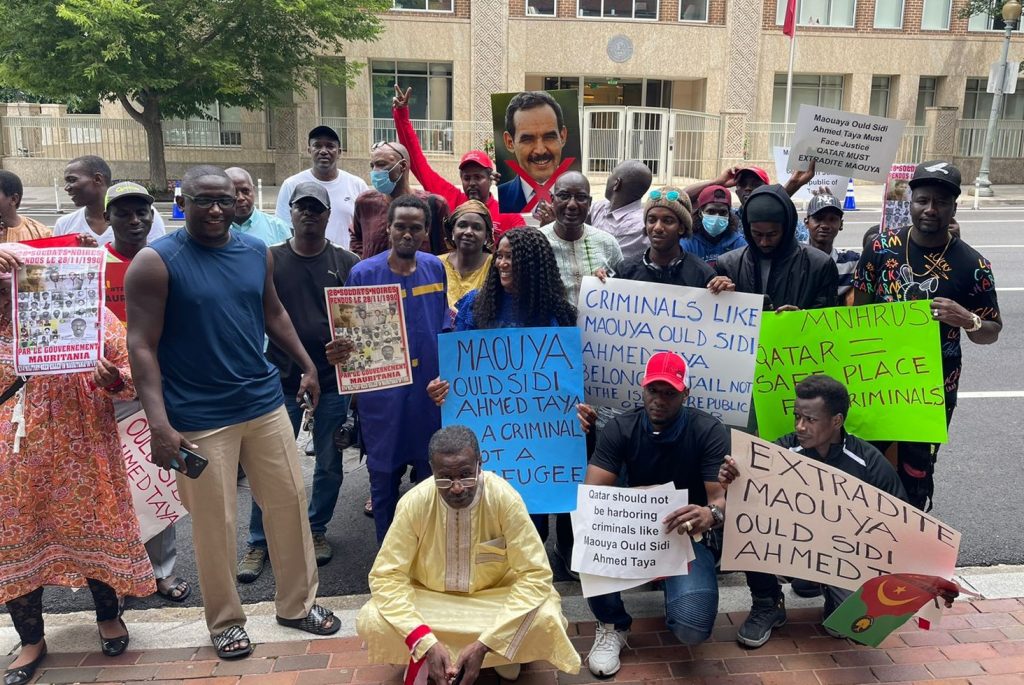 Mauritanians in the United States of America gathered together in Washington DC on Wednesday, July 27, 2022, at both the embassies of Qatar and Mauritania to protest human rights abuse against Black Mauritanians in Mauritania.

Ohio-based community leader Houleyeet Thiam, who was also in Washington DC said, “these protests were organized to denounce human rights abuse against Black Mauritanians, and to ask for the end of land grabbing, race-based hiring, slavery, and biometric genocide among other demands to the Mauritanian government.”

While at the embassy of Quatar the demonstrators demanded for justice and accountability from the Mauritanian ex-president Maouya Ould Sidi Ahmed Taya who has been living safely in Quatar since losing power in 2005.

Taya is believed to be hiding in Quatar as a refugee since losing power in 2005. During his reign Taya was alleged to have been responsible for many missing political opponents and the deportation of thousands of Black Mauritanians.