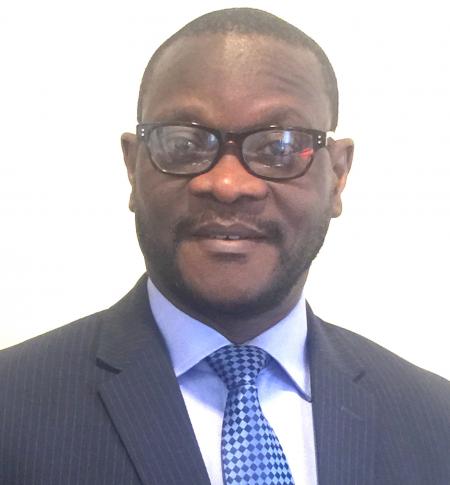 After a week-long celebration of Liberia’s 175th Independence and Bicentennial, which included a cultural festival at Nafzer Park and a flag raising ceremony at the Statehouse, it culminated with a spectacular Gala and Fundraising Dinner at Villa Milano in Columbus on July 29th, 2021.

The keynote speakers spoke about Liberia’s independence, different communities coming together because we are more alike, and how building the first Liberian Community Center on a 1-acre plot of land purchased in 2019 on Columbus’ East Side will benefit future Liberians and other communities.

Ambassador George S.W. Pattern Sr. stated that the vision to build the center would not be possible without the support of the city of Columbus and thanked all of the supporters who embraced the culture.

“Keep your dirty clothes in the house; when you wash them outside, people will know how dirty they are; in other words, learn to solve your problems yourself,” encouraging the minority communities to work together to build a better future.

Ambassador Patten does have over two decades of experience representing the Liberian Government and its citizens in various roles, including the Liberian Ministry of Foreign Affairs, and was in charge of the Relationship between Liberians to the United Nations in New York.

Alpha Tongor, the President of the Liberian in Columbus, including the Ambassador and several members of the Liberian Community, also visited the Ohio State University Office of international affairs to discuss how the University and the organization could work together.

“There are more than 10,000 Liberians in Central Ohio, and we are growing daily. We want to work on establishing dependable partnerships with both private and public sectors to provide current and future Liberian residents the resources needed to have a flourishing life, especially where they live and work,” Tongor said.

As part of the celebration, participants enjoyed delicious salmon and chicken, learned about Liberian culture and 200 years of freedom, saw beautiful African attire worn by the men and women, and danced until 1 AM.

The celebration started on July 23rd when the Community joined hands to celebrate the annual cultural fusion festival at Nafzger Park on the east side of Columbus. Adults and children played soccer; they were multiple vendors, local Liberian artists putting on a good show, and of course, the food brought out that homeland flavor. Then on Tuesday, July 26th, Ambassador George S. W. Patten, Sr., attended the Ohio Statehouse’s flag raising and State Proclamation ceremony.

Fun fact, Liberia is Africa’s oldest independent and the Democratic Republic. Under the American Colonization Society (ACS) sponsorship around the 1800s and at the peak of the American Civil War, more than 19,000 formerly enslaved blacks, including America, relocated to Liberia instead of emancipating in The United States.

Liberia’s President George Weah recently signed into law a bill allowing Liberians that are living abroad the opportunity to keep their country’s citizenship after acquiring a second nationality. It was one of the significant conversations at the Gala that had The Crowds are cheering because it was previously banned in 1974.

Several years upon arriving in Liberia, they formed the independence of the Republic of Liberia on July 26th, 1847. Virginia Born Joseph Jenkins Roberts became the first African American President after the liberation. So, the ties between African Americans & the people of Liberian date back before the 21st century.

“It is an inspiring story for individuals in the Liberian community and in other immigrant communities to believe that they too can achieve more than the American dream because it did not happen overnight,” Mayor Collins said.

Rep. Latyna M. Humphrey thanked the Liberian Community for maintaining its presence on the East Side of Columbus by establishing several businesses and contributing to the area’s economic growth.

“What a night. The stars came out to play black Excellence on overflow mode. We did what we said we would. You delivered in an amazing. Liberian Community showed up and showed out,” Hale Lafayette Harmon said.

Emmanuel S. Wettee received a Lifetime Achievement award for his many years of contribution to the growth of the Liberians in the State of Ohio and surrounding states. Before receiving his award, participants flocked to the dance floor to celebrate the Chairman’s work for the Community. “The center would help the new Liberian generation learn and understand where they came from, in addition to having a computer lab for the youth of Liberians and other nationalities,” Wettee said.

Move forward into a better democracy

“You’ve to set an example because every community here in Central Ohio, for example, Somalian and Nepal-Bhutanese, already has its center that I’ve personally visited. Our center will also help visitors understand who we are and where we are from, and the fact that we are more alike than different,” Emmanuel Payne said.