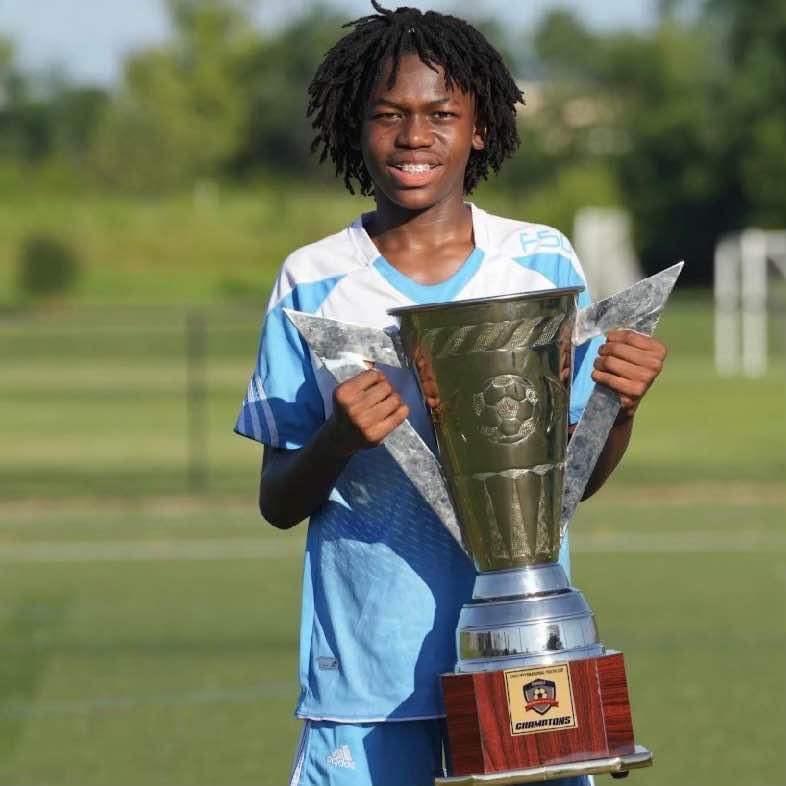 By Okon Ekpenyong
On July 22, 15-year-old Issa Jeylani, a Columbus native and member of Hilltop Tigers Soccer Club under My Project USA, a local nonprofit organization that works with the community to address some of the challenges facing refugees and immigrants youth, was tragically shot and killed.

The spike in crime is increasingly affecting all cultural backgrounds in Central Ohio, and community and city leaders have spoken out in an outrage to not only curb the violence but keep young people safe.

Recently, the city announced a Hudson Street Reconstruction Project to attract visitors and give residents something to look forward to, as well as Hilltop Rise, which will strengthen, connect, and empower the local economy. But many of its residents and community leaders are telling city leaders that building more indoor community centers is one of the ways that could help curb the violence, not pour money into unnecessary projects.

“Tragic events like these remind us as a community that the only way to prevent these is providing safe indoor spaces to kids and investing more in the youth programs in the Hilltop area and elsewhere, “Zerqa Abid, the Founder and Executive Director of My Project USA said.

Issa was also playing for the West High School Soccer team, in addition to playing for the Hilltop Tigers. The young man’s family relocated to Columbus from Seattle, where he was born about seven years ago. Just like Jeylani, thousands of other Somali Bantu call Columbus home. Therefore, it is tragic news for that community to see such an inspiring young man gone before his time.

“For Issa, soccer was his passion, and he might have been the smallest kid on the field at times, but he had the heart of a lion,” Siyat Mohamad said. Having the opportunity to help run the Hilltop Tiger Soccer Club is an achievement that has a special place in Siyat Mohamed’s heart, as he sees the impact he is making on the lives of youth in the Hilltop neighborhood.

Hilltop Tigers Soccer Club is one of the services under My Project USA, which provides young men who love soccer the opportunity to be part of a club and learn the foundation of being a team.

“It is devasting that tragedy has struck from this wonderful soccer program to keep kids away from gang life,” Starfish Assignment said. They were one of the ones who supported getting Jersey and bikes for the players on the team. We send our deepest condolences to Issa’s family and loved ones.” The organization works with local and state Law Enforcement agencies to address some of the community’s needs.

Mohamad stated that he was with Issa on the night of the tragic incident, and some of the players on the team were just outside of one of the apartment complexes playing soccer when several boys approached the team in an unplanned manner and started causing trouble.

“They removed guns from nowhere and started shooting at us,

resulting in three of our teens getting hit,” mMohamad added that he was one of the individuals who administered aid to Issa until the paramedic arrived. Franklin County Corner office has the body to perform an autopsy. In the Muslim culture, burial must occur; the sooner, the better.

Issa and the Hilltop Tigers were among the forty-plus team who participated in the recent fourth annual Columbus Nation Cups sponsored by Final Third Foundation on July 16.

“MY Project USA family is heartbroken for the significant loss of our beautiful, talented, caring champ Issa. He was a light and inspiration to all of us. We pledge to continue his legacy and cherish his memories as Hilltop Tigers,” Zerqa Abid said.

Zerqa Abid was recently in the news pleading with Columbus City officials that she would go on a hunger strike to bring more awareness to the ongoing violence threatening Hilltop and elsewhere in the city. “My Project USA requested the City Council to allocate $20M to purchase and renovate 6-10 buildings in the Hilltop area. We hope they will act accordingly,” she said.

The organization also sought help from private and public businesses in the area to help fund the project. “It should be a wake-up call for all leaders from various backgrounds and organizations to work with MY Project USA. It is time to address the racial/tribal divides, hate, and violence among the communities plaguing their younger generation,” Abid said.