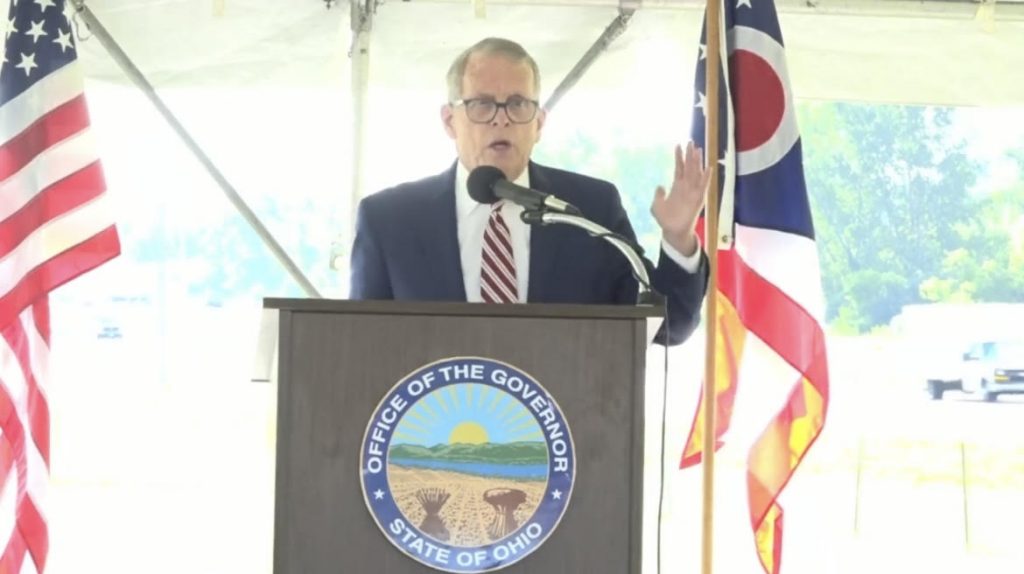 Ohio Governor Mike DeWine joined Ohio Department of Transportation Director Jack Marchbanks and others to officially cut the ribbon on a major reconstruction of Interstate 70 in Clark County.

The four-year, $50 million project included adding a third lane in each direction between U.S. Route 68 and State Route 72, the final stretch of four lane interstate remaining between Columbus and Dayton.

“Ohio is a state that makes and moves things. As our economy continues to grow, this additional capacity will help us meet the demands of today and the future,” said Governor DeWine.

“At the same time, we’re making this stretch of interstate safer by reducing the pinch points that can often lead to congestion and crashes.”

In addition to the new lanes, the project replaced the existing pavement and seven bridges. Noise walls, improved drainage, and cable barriers in the median were also installed to reduce the risk of crossover crashes.

By eliminating two pinch points where the highway went from two to three lanes in each direction, these improvements will make travel safer and more reliable for the nearly 70,000 vehicles that use this stretch of I-70 daily. Traffic volumes are expected to increase by 40 percent by 2033.

“The last few years have taught us a lot about the importance of an unhindered supply chain. As truck traffic continues to increase in Ohio, we have to make sure goods and workers can get to their final destination safely and on time. This project ensures that Ohio isn’t the chokepoint in the national supply chain,” said ODOT Director Jack Marchbanks.

“Since I arrived at ODOT, this has been a project I’ve wanted to see complete,” said ODOT District 7 Deputy Director Randy Chevalley.

“Today, we’re fulfilling a commitment to create a six-lane connection between Dayton and Columbus and supporting ongoing investments to keep the Miami Valley a premiere logistics hub.”

The project was completed by the John R. Jurgensen Company. This was the second of two phases of the project. The first phase, completed in 2015, added a third lane between Enon and U.S. 68.

Statewide, the number of trucks on the road continues to climb. This increased demand on Ohio’s infrastructure requires continuous investment and maintenance.

Since the beginning of the DeWine-Husted Administration, $5.8 billion has been invested into more than 2,800 ODOT projects to improve roads and bridges across the state.

Because Ohio is within a day’s drive of 60 percent of the U.S. and Canadian population, freight infrastructure has made Ohio the trade hub of the Midwest and an anchor for global and domestic supply chains. Ohio’s freight-reliant industries contributed nearly 40 percent of Ohio’s economy. Last year, trucks drove more than 14.2 million miles on Ohio roadways, including 2.5 million on I-70.