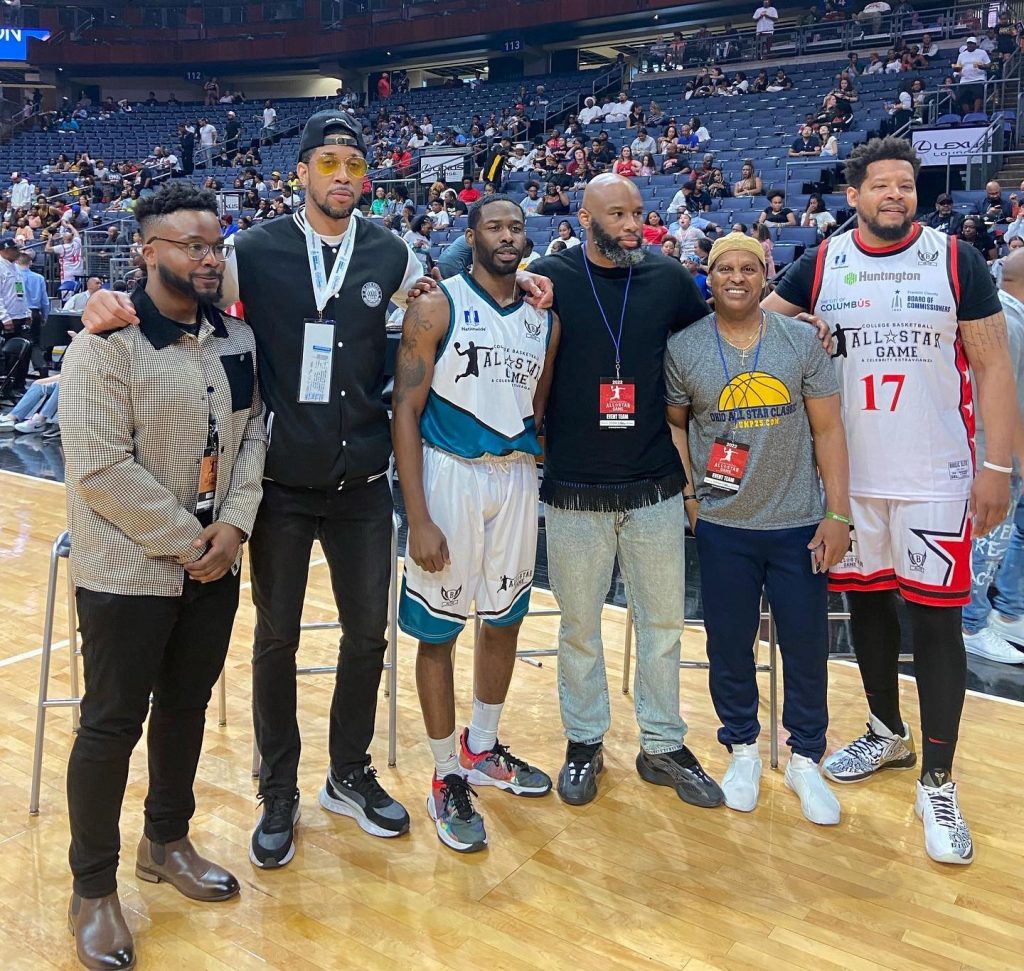 Nationwide Arena, home of the Columbus Blue Jackets of the National Hockey League, hosted the 2022 Classic for Columbus Historically Black College and Universities (HBCU). The College Basketball All-Star Game was a historic event for HBCUs and the city of Columbus, and its residents.

For the opening ceremony, HBCU All-Stars and Ohio College All-Stars met and greeted the public at the Hyatt House in Columbus on April 21. It was a four-day extravaganza, which started on April 21st and will end on April 24th. No cap Comedy Tour was on April 22nd at the Schottenstein Center, featuring a few of Nick Cannon’s MTV Wild & Out show members.

HBCU Classic in Columbus, Ohio, started its journey in Football, dating back to the 1980s. Bringing two powerhouse HBCU football programs to play in the city of Columbus would help generate more attention and funds for historically Black colleges and universities as a whole. Two HBCU schools in the state are worth mentioning and that produce many scholars since their existence. Central State University and Wilberforce University in Wilberforce, Ohio.

It was and still is the core purpose of why Classic for Columbus existed in the first place. That is to promote Education and generate funds to keep those schools’ doors open for underserving communities wishing to further or pursue their studies.

“It Gives HBCU more visibility; it gives the athletes more visibility now; they can reach a platform that they may not have reached before. So, Classic for Columbus HBCU College Basketball All-Star is good for our community because we know how influential HBCU has evolved over the years,” Chevel M Moman, Central State University Alumni, said.

“The success of today’s event is what happens when every segment of the community comes together, including the alumni and local business owners, and pulls those resources to assist those who need help,” President & CEO of Classic for Columbus John C. Pace Jr. also added.

Fans had the opportunity to enjoy the Columbus Fashion Council All-Star Fashion Experience in the Nationwide Arena’s atrium, featuring three top designers in the Columbus area. Ohio U.S. Senate hopeful Traci Johnson, running in the U.S Senate Democratic primary, was in attendance. The attendees enjoyed the runway, the models’ outfits, and the entire fashion show.

The celebrity game was team New School coached by American Hip-Hop Artist Alaya High, known as “That Girl Lay Lay,” and Old School, coached by American Actress Vivica A. Fox is known for the movie “Soul Food” (1997), Why do Fools Fall in Love (1998), Kill Bill (2003), and much more. Both teams went back and forth, even ending the first half tied 49 a-piece. The Old School had the opportunity to seal the victory in the closing seconds, but New-School hung on to win 106-105.

Ultimate Slam Dunk Challenge was the Half-time show during the Celebrity All-Star game, and they were a few dunks that had the crowds standing on their feet.

It was great to meet “Lay Lay Lay” and kid celebrity D.J. “Lily Jade” girl bosses. They discovered how they became famous during the pandemic, and now Lay Lay has her show on Nickelodeon. Lily began DJing during Covid-19, and you can find her battles with her dad on Tiktok and Instagram. Lily Jade has her performance on the Cleveland Station WOVU 95.9 FM.

Lily is a 2nd grader showing the world how to be a #Girlboss. Lily Jade interviewed “That Girl Lay Lay” and asked her questions about her show on Nickelodeon. “Lay Lay,” told Lilly Jade to always stay humble for those trying to make it in the business. “That Girl Lay Lay” Hosted All-Star Kids Party, which saw over four hundred kids in attendance.

Crane Group hosted the MBK College, Career, and community fair at the Nationwide Arena concourse area. Individuals looking for career advancement spoke to several employers about various job opportunities. Those looking to further their career by returning to school also had a chance to talk to admission counselors at Ohio University, Central State University, and much more.

“Basketball is a universal game now; because you can go anywhere on this planet now and find a hoop around and play. The spotlight on WBNA is so huge that women’s sports, in general, will be taken off to a whole different level,” 2x NCAA Champion at USC Cheryl Miller said. Miller comes from a basketball family; her brother Reggie Miller is an NBA Hall of Famer and played his entire career with Indiana Pacers.

Former Ohio State and NBA player Clark Kellogg, who spent his entire professional career with the Indiana Pacers, told The American Magazine how sports go hand in hand with Education. “So many of the lessons you learn through participation in Sports, I found transferrable outside of your particular sports. It teaches you discipline, initiative, sacrifice, and teamwork,” Kellogg said.

After his NBA career, Kellogg began his broadcasting career and is currently a CBS Sports Analyst. “I see sports as being enhanced into Education for me personally, so I’ll never ever take for granted the power of Education to move forward, uplift people, and to assure guaranteed success in living,” Kellogg concluded.

“Seeing people have fun, enjoy the culture, from the celebrity game to the fashion show and to the HBCU Classic All-Star Game itself, was fun to watch,” former Ohio State Player Cedric Russell said. Russell is a recent graduate of OSU but spent his first four years at the University of Illinois.

Who wears the crown between Uconn vs. South Carolina