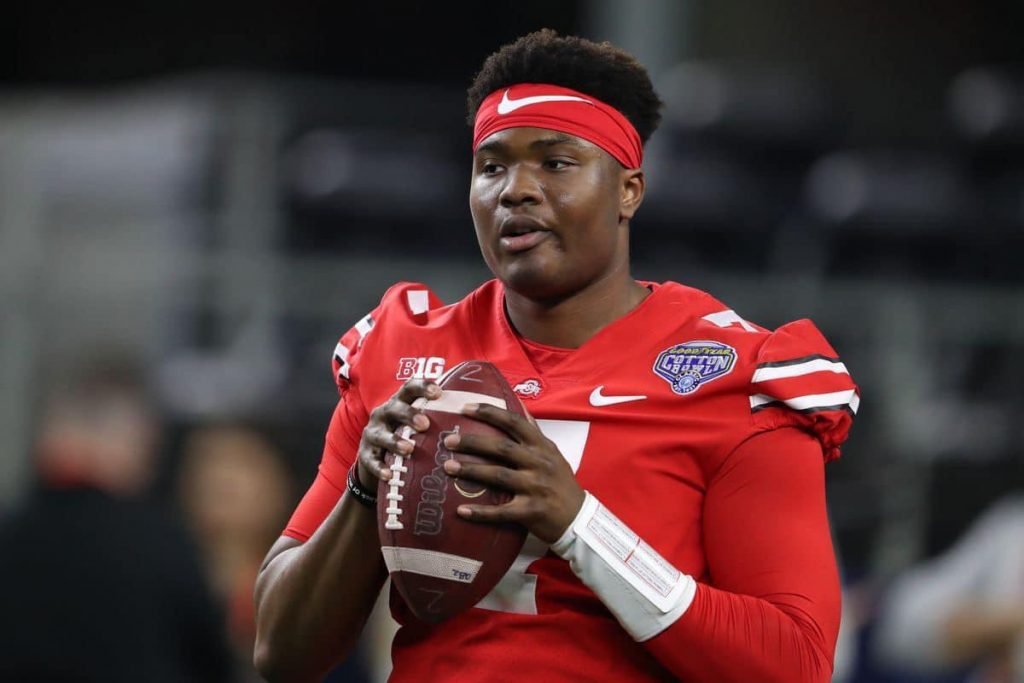 According to the Associated Press report, Haskins died Westbound on Interstate 595 near Fort Lauderdale after being struck by a dump truck, according to a statement from Florida Highway Patrol Spokeswoman Lt. Indiana Miranda. Traffic Homicide units are still investigating the incident that led to Mr. Haskins’s death.

Since the news was released, there has been an outpouring of love from the NFL, Big Ten Conference, Ohio State University, etc. The Pittsburgh Steelers’ third-string quarterback was in Florida practicing with some of his teammates before his unfortunate death.

“He is one of my favorite QB players; he played with passion for his teammates and loved playing for the Ohio State University football team,” Owner of Sportzkelz Media, Tonya Kelly, said. “I know the Buckeye’s nation is mourning his loss,” Kelly added.

Haskins played under former Buckeyes Head Coach Urban Myers in 2018 and led the team to the Big Ten Championship victory over Northwestern. He was also named the season and MVP. Myers said, “Heartbroken to hear of the loss of Dwayne Haskins jr. My thoughts and prayers go to his family—one of the greatest QBs in Ohio State history.

Haskins would have turned 25 years old on May 3rd. “Shocked and saddened by the devasting news about Dwayne. Gene Smith said he was a legend on the field and a wonderful human being—prayers to the Haskins family,” Athletic Director at Ohio State. The NFL family mourns the tragic loss of Dwayne Haskins, and we extend our deepest condolences to his family and loved ones,” the National Football League (NFL) also added.