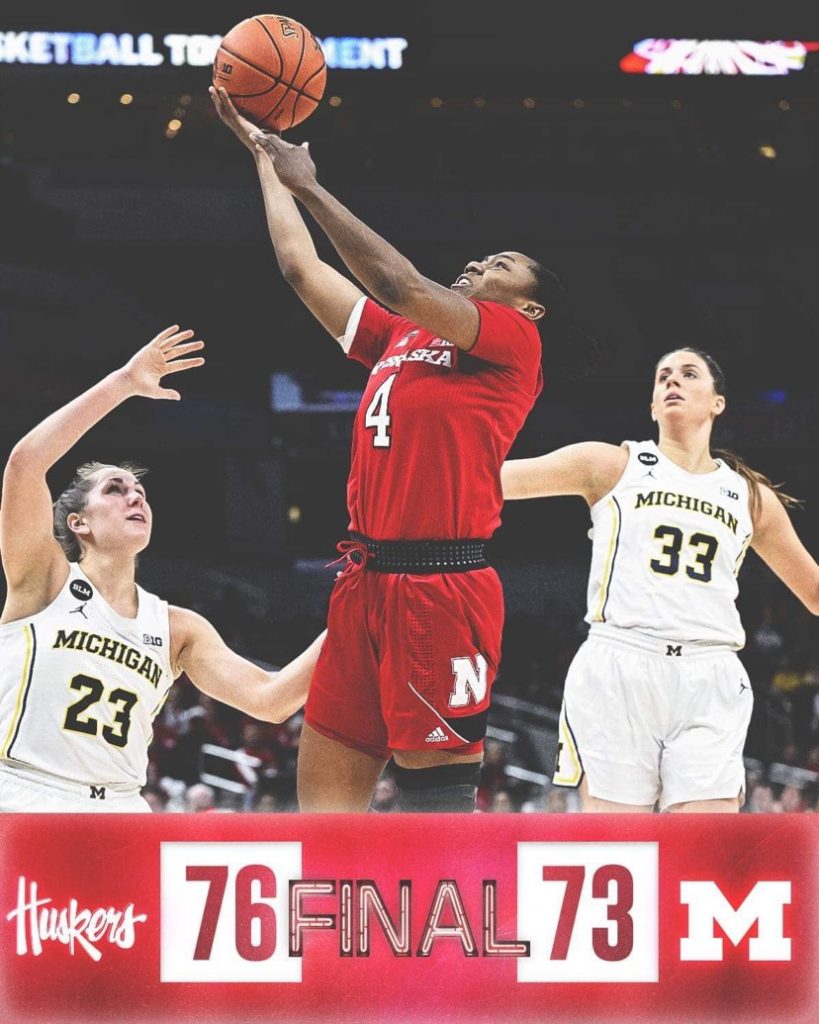 Despite a valiant effort from Naz Hillmon (18 points, 12 rebounds), freshman Laila Phelia (19 points), and Leigha Brown (16 points), the lady Wolverines found themselves in an early 12 point deficit in the 1st quarter.

Michigan turned things around in the 2nd quarter outscoring Nebraska 22 – 6, and went into halftime up by four points.

Michigan had a chance at the very end down by just one with less than 1:00 minute to play but fell short.

Nebraska will play Iowa in the semifinals, with the winner playing in the championship game on Sunday.