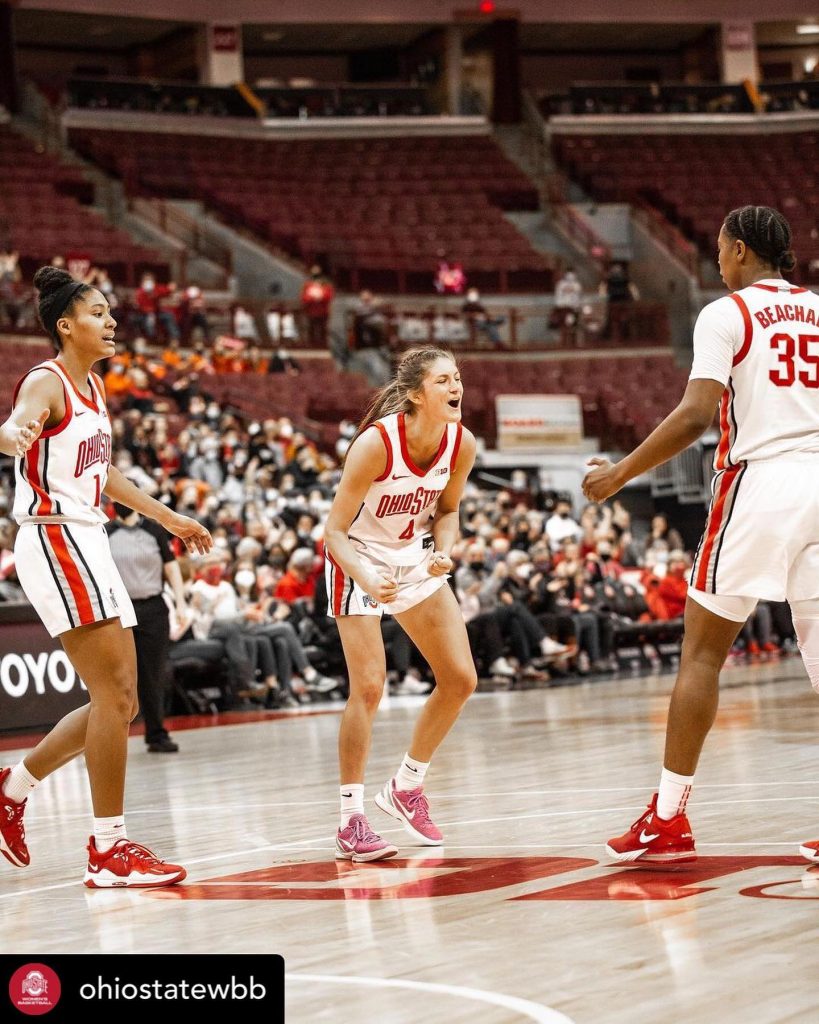 The Big Ten Regular Season concluded on Sunday, February 27, 2021, and the Ohio State Women’s Basketball is the overall #1 team in next week’s Big Ten Women’s Basketball Tournament after winning its final regular-season game at Michigan State 67-61. Since the Tournament started in 1995, the team played in nine title games, winning five of those competitions.

They share their 16th Big Ten Conference championship with Iowa after Iowa defeated Michigan, the #1 in the conference most of the season. “We do not win today without that offensive rebound, going an extra mile with effort and discipline. It was critical to grab that offensive rebound and hit those free throws,” Buckeye Coach Kevin McGuff said in the locker room after the team’s victory on Michigan State. They finished the regular season with 14-4 in the conference and 22-5 overall.

The 29th Big Ten Women’s Basketball Tournament will take place March 2-6 at Gainbridge Field in Indianapolis, Indiana, and all games will air on the Big Ten Network. The Championship game, however, will air on ESPN2. Ohio State’s first official game will be in the quarterfinal on Friday, March 4, 2021.

Right now, the team in the NCAA Tournament prediction, according to the NCAA website, the team would be the #6 team in the Wichita region if the Tournament started today. So, if they take care of business on Friday, they win the semifinal game on Saturday and hold the Big Ten Championship trophy on Sunday. That seeding in the Big Dance could change.

How did they get here?

Ohio State won 12 of its final 14 games during the season. Those two losses were against Michigan, who beat them twice during the regular season, and Maryland. Jacy Sheldon and Taylor Mikesell have carried the team all season long while both were averaging at least 19 points per game. The team will look for their leadership and expect Rebeka to be outstanding defensively and offensively if they wish to run the table.