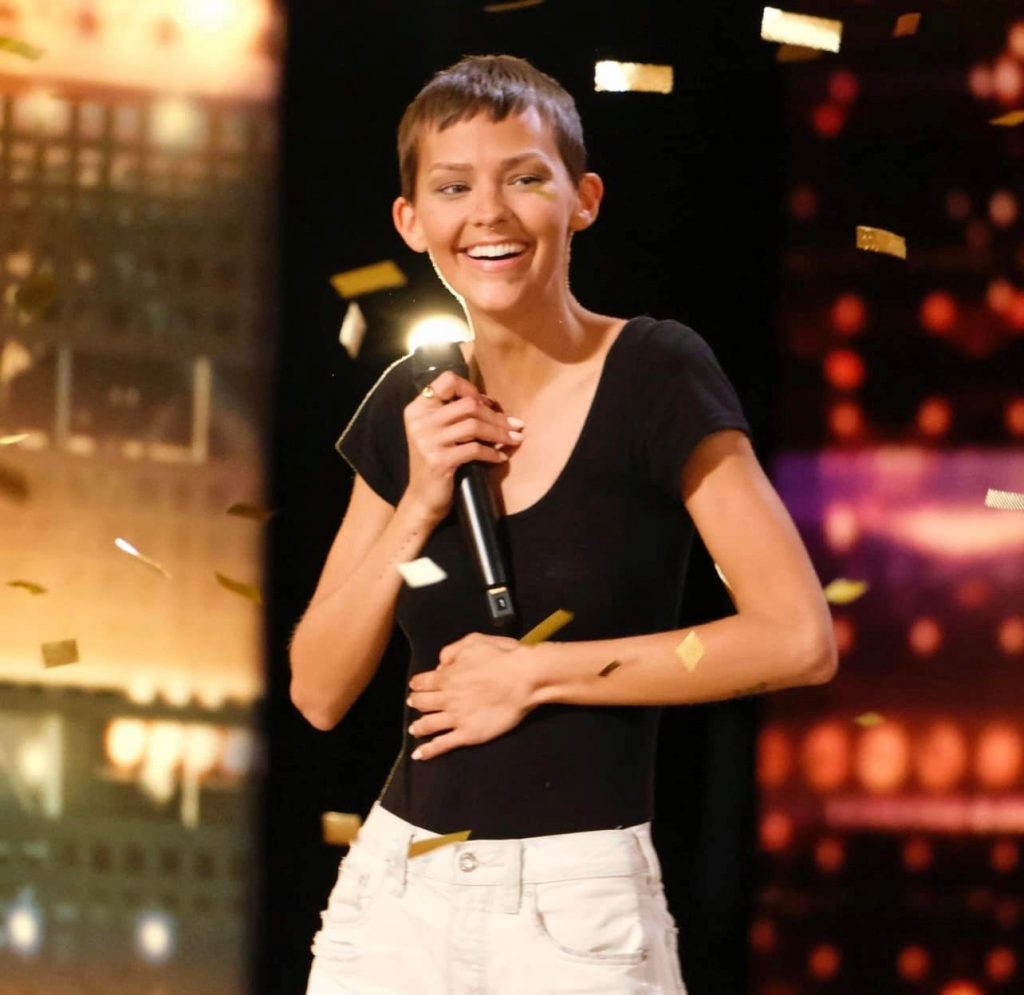 On Feb. 19, 2021, Singer Jane Marczewski from Zanesville, Ohio, who rise to fame after appearing on America’s Got Talent, and who goes by Nightbirde, lost her battle with cancer. She was at 31.

“Your voice, your story, and your message touched millions. Nightbirde will always be a member of the AGT family. Rest In Peace, Jane,” America’s Got Talent released a statement on their Twitter page.

In the 16th season of America’s Got Talent, 30-year-old Jane Marczewski not only wowed the crowds after singing an original song, “I’m okay!” but received a Golden Buzzer by Simon Cowell, which automatically sent her to the live shows. The song would become #1 on iTunes and trended No.2 on YouTube at that time, documenting her battle with cancer and fighting to fulfill her dream of becoming a singer.

“Honestly it’s been pretty brutal, but this is a photo of myself from last week where I felt pretty and alive and awake and human—and real. I needed that. We’re all a little lost and it’s alright,” Nightbirdie’s last post on her social media platform on Jan 11, 2021.

“You can’t wait until life isn’t hard anymore before you decide to be happy,” she told the judges before singing. During the initial audition on the show, Cowell asked how she was doing?

“Last time that I checked, I had cancer in my lungs, my spine, and my liver,” Nightbirdie told ATG.

The song was a testimony of what she’s been going through within the past two years, not only health-related but personal issues as well—reminding the crowd that it is okay not to feel okay through the midst of pain. We will go through trials and tribulations but finding ways to cope with the hurdles sometimes is the way to make every moment count.

Her first diagnosis for Breast Cancer was in 2017, but she beat it in 2018; it resurfaced in 2019, and she had only six months to live. However, 2020 looked promising when doctors told her that she was cancer-free again. Nevertheless, “it returned for the worst metastasizing to her lungs, spine, and liver,” she said during her appearance on ATG.

As her health worsened, she dropped out of the competition, and one of her biggest supporters, Cowell, reminded her that the show would welcome her back anytime. However, it may not be necessary because the whole world knows her story and she is a fantastic singer.

“There are plenty of great singers in the competition, so I will not give you a yes,” but the audience groans.

However, he added, “I’m going to give you something else” as he hit the Golden Buzzer sending the native of Zanesville, Ohio, through to the live rounds. At that moment, it indeed was one shining moment for an individual only given a 2% chance of survival.

The AGT star sang the following songs: it’s okay, fly, girl in the bubble, brave, and heartbeat during the competition. Marczewski is a graduate of Liberty University, where she earned her B.S in Communication. Before entering the AGT in June of 2021, Nightbirde released two EP’s, Lines in 2012 and Oceans & Sky in 2013.