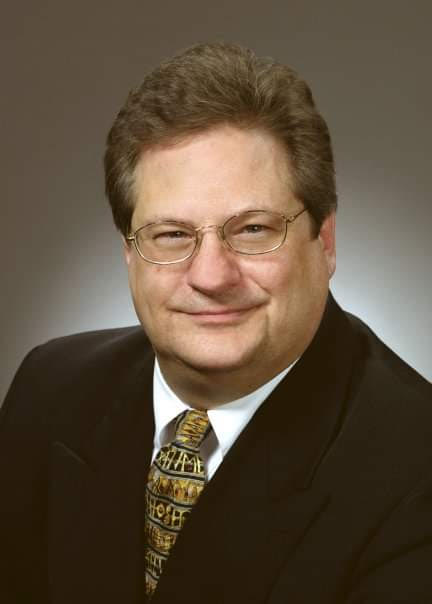 By Okon Ekpenyong and Peaches Calhoun

Since 2010, the Honorable Judge Mark Serrott has been a Judge for the Franklin County Court of Common Pleas in the General Division. Before taking the bench, he served as a trial lawyer for more than 31 years, including contract disputes, criminal matters, family law, personal injury, and domestic-related cases, to name a few. He was an adjunct professor at OSU and Capital Law for ten years before taking the bench. “I love helping ordinary people in extraordinary circumstances,” Judge Serrot said.

The New Americans Magazine caught up with a man whose intention was to be fair, become a good listener, give second chances, provide the necessary tools to help those fighting addictions and suffering from mental illness when he first took the bench in 2010. Honorable Judge Mark Serrott has one more eligible year left on the court, so he’s seeking re-election in 2022. In 2016, the Judge ran unopposed, and it appears that it might happen again.

I grew up in the Linden area in Columbus, Ohio. While growing up, I’ve always known that I wanted to become a lawyer. I went into law because I desired to help the underdog and the underprivileged. My father was a bailiff in court, which piqued my interest in pursuing a career in law. Neither of my parents had a college degree, but they instilled that college and hard work ethic were important. While studying at Ohio State, I worked full-time, became a father of two kids, and graduated at 20 years old in 1975.

After receiving my Bachelor’s degree, I got accepted into OSU law school and graduated in 1979 with my JD. After graduation, I worked for Tom Tyack and Paul Scott’s law firm for 12 years representing the underdog and underprivileged, which I wanted to do. After leaving the law firm, I opened up my law firm.

I decided to become a Judge to use my experience and hopefully help people, especially those with addiction issues because my son had gone to prison for crimes associated with his addiction.

I handled thousands of cases and so many jury trials and other trials that I lost count but in the hundreds. I also took about 80 appeals, including four in the Ohio Supreme Court. I successfully argued and then tried an employment case that changed the law in Ohio and had the far-reaching effect of providing additional protection to employees from wrongful discharge.

I was elected Judge in the Common Pleas Court in 2010 and took the bench in January of 2011. I have held the job for the last 12 years, and I am up for my final re-election this year. If re-elected in 2022, I will serve an additional six years.

My court handles all felonies, including death penalty cases and severe civil cases involving any dispute over $15,000. We also handle all administrative appeals which determine whether doctors, dentists, nurses, bar owners, and any permit holder will lose their livelihood or license.

In the summer of 2020, during the height of the pandemic, there were several restrictions ordered by Governor Mike DeWine to save lives due to day to day increase of coronavirus cases that kept hospitals across the state out of beds for non-covid related matters. The food and drink industry took a massive hit during the pandemic. DeWine’s temporary restraining order against the enforcement of an ordinance forcing Judge Serrott to sign a temporary restricting order blocking the ordinance of not allowing restaurants and bars to remain open instead of closing at 10 p.m.

Becoming a judge has been the most rewarding job of my career. It comes with great responsibility. If I sign my name on a legal document, someone loses their freedom and goes to prison, and if I sign my name, someone will get out of jail.

My decision-making also affects those license and permit holders and determines whether they can keep their jobs. I agonize over sentences and try to help people avoid prison and get their lives on track. I take the job seriously and wield this power judiciously and with restraint.

I have changed lives. I have letters from many people saying I saved their lives and helped them recover from addictions and get a new start. If you can change and affect even one life during your lifetime, then your life has meaning and makes everything worthwhile.

Life on the bench This is the most rewarding part of the job.

I have failures, too, and see many violent and tragic events and the savage consequences of Rape, Murder, Domestic Violence. I have handled two death penalty cases, including the Reagan Tokes case.

I love my job and want to continue to serve. I treat everyone with dignity and respect and apply the law firmly, relatively, but with a dose of mercy and understanding. I believe in human redemption.

So, my career is not yet over as a judge.

For people who want to become a Judge, I would suggest getting lots of courtroom experience in all areas of the law and getting involved in a political party because you must secure a nomination from a major political party to get elected.