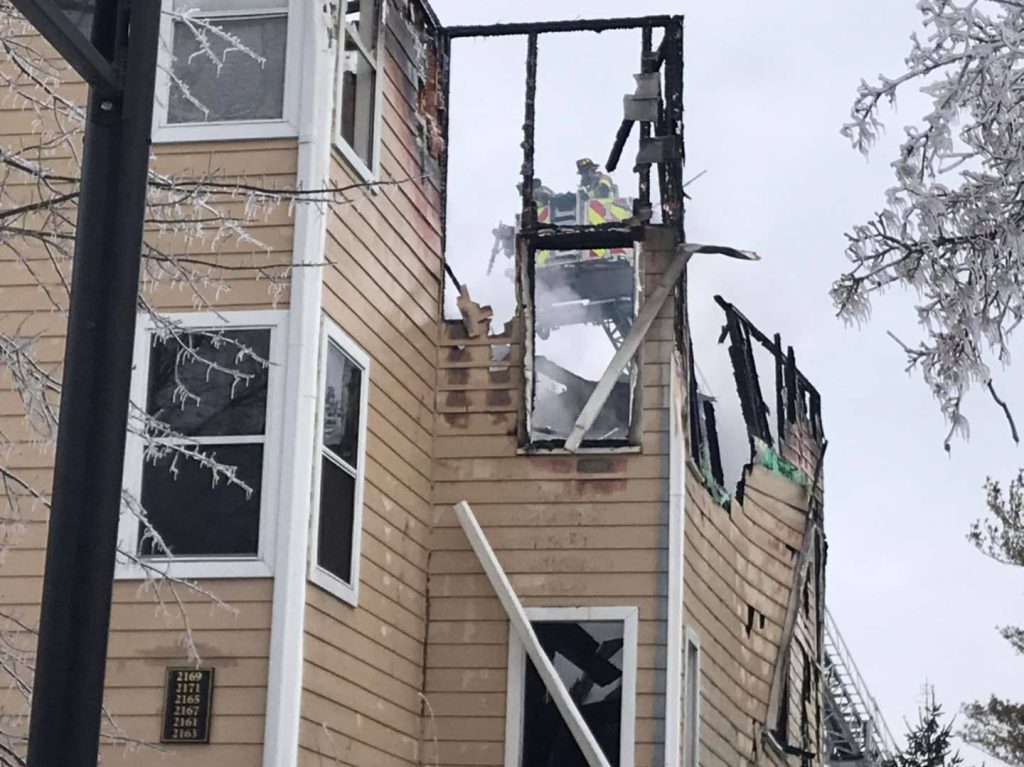 Columbus Fire Investigators have determined that a fire Tuesday, February 8, 2022, at the Sawmill Village Apartments was intentionally set and is related to a fire in the same apartment complex that occurred less than 24 hours earlier. A juvenile, who is now in custody, has been identified and questioned on Thursday and admitted to setting both fires.

The fire was called in from the 2100 block of River Run Trace at approximately 9:55 a.m.

“Taking less than four minutes to arrive at the scene, firefighters were met by heavy flames showing through the roof and out of building openings. There were reports of victims being trapped on the third floor on both the front and rear of the building,” the Division of Fire Battalion Chief Steve Martin said in a statement.

“Firefighters were able to get ladders extended and assist two adults, two children, two dogs and a cat from the upper floor and down to safety.  One adult did breathe in smoke from the fire below and was taken to OSU Wexner Medical Center in stable condition to be evaluated.”

Battalion Chief Steve Martin said “several fire investigators responded to the scene while the flames were still being fought to begin trying to determine where and why the fire started.  The Division of Fire received several tips from residents which assisted in the process.”

“The person who was identified and questioned on Thursday and admitted to setting both fires, is a juvenile, so at this time investigators are not releasing the person’s name.  At this time, the suspect is in custody and will face charges of Arson for each of the two incidents.’