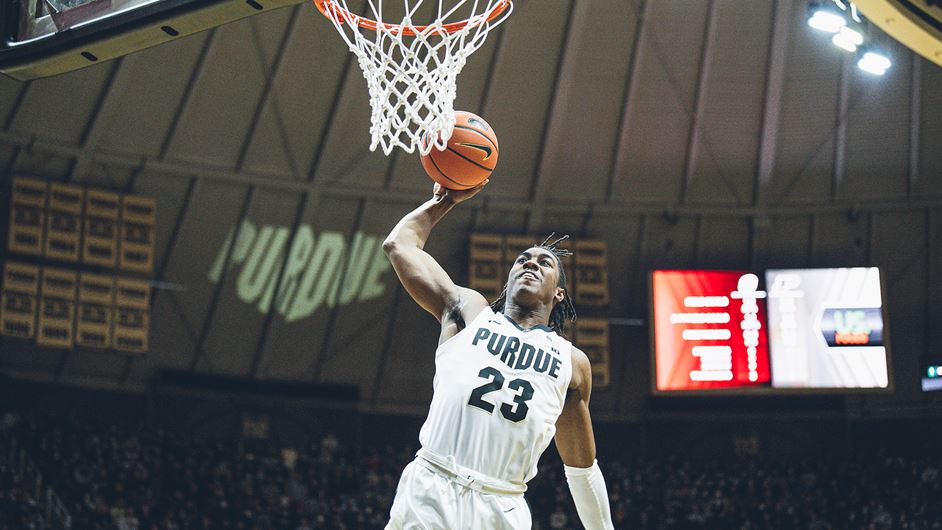 The No. 16 Ohio State Buckeyes Men’s Basketball team came down to the wire at the Mackey Arena in West Lafayette, Indiana on January 30, 2021, the game was against the Number six ranked Purdue Boilermakers. Purdue’s Levy hit a game-winner three-pointer with 0.6 left in the game to lift No. 6 Boilermaker past No. 16 Buckeyes, winning 81-78, to remain 11-1 at home.

With 33.5 seconds left to go in the game, Buckeye’s Liddell hit two critical three-pointers to tie the game at 78. Despite the loss, the team shows a fighter spirit after erasing a twenty-point deficit to get back into the game. Buckeye’s freshman sensation, M. Branham, finished the game with twenty points and had seven rebounds; meanwhile, the leading scorer, E.J Liddell, added twenty points, including the final eight points giving the team a fighting chance.

However, the Boilermakers were constantly driving the ball inside, which frustrated the Buckeyes defense, eventually leading to foul troubles for the team—at the same time, trying to stop one player that allowed other players like Sasha Stefanovic and Ivey to get open and shoot from beyond the arc or the perimeter.

The Buckeyes went 9-29 from the three-point line, which indicates they need to drive the ball more inside and play the entire game instead of trying to catch up at the last minute.

Jaden Levy leads Purdue in scoring with 16.6 points per game, and his playmaking ability to get everybody on the team involved has contributed to the team’s Asa success this season.

The Buckeye’s E.J Liddell has been phenomenal this season and leads the team in scoring with 19.6 points per game, but the bench players are one of the reasons the team is still competing at the highest level.

The former No.1 team in the country, Purdue, has a lot of firepower’s that could frustrate a team’s offensive and defensive weaknesses. They are now 11-1 this season at home, so if a team can slow down Levy, Edey, and Stefanovic by forcing critical turnovers, preventing the Boilermakers from driving inside the paint so much, and forcing them to take unnecessary shots, they might have a chance.

“It was a great atmosphere, great college basketball game, and environment. It was a tremendous fan base and extraordinary energy around this game. There were some spots in the game that our team did not play quite like we needed to win”, Buckeyes Head Coach Chris Holtmann said. Next, Ohio State will return home to the Value City Arena in Columbus to face Iowa on Thursday, while Purdue will travel to Williams Arena in Minneapolis to face Minnesota Golden Gophers on Wednesday.