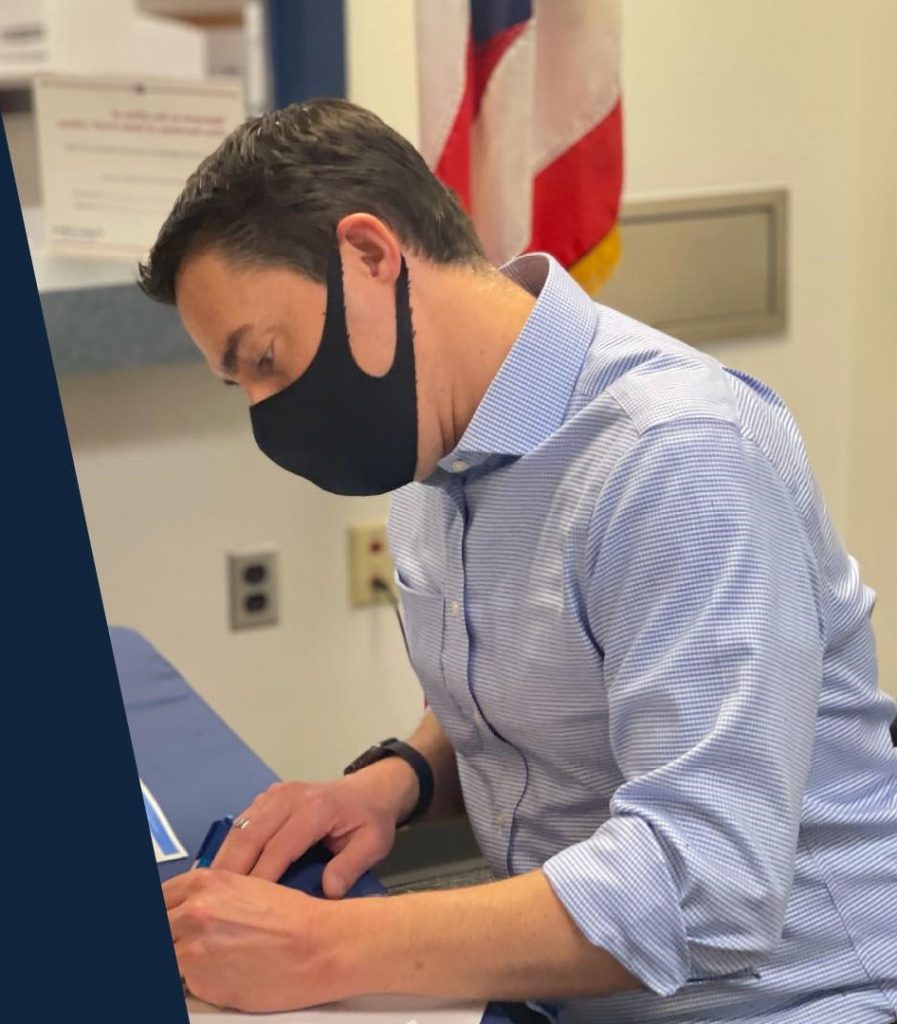 Of these, 31 are non-citizens who registered to vote but did not cast a ballot. The other 31 may have cast a ballot in the 2020 general election or illegally in an earlier election.

Included in the 31 potentially illegally cast ballots are 27 that were cast in the 2020 general election. Of the record-breaking nearly 6 million votes cast in that election, the 27 votes account for 0.0005 percent of the total.

“Our state is proof positive you don’t have to choose between secure or convenient elections — we have both. In Ohio, easy to vote and hard to cheat aren’t mutually exclusive. At the end of the day, these referrals are all about accountability. Lawbreakers should know we take election security seriously, and we won’t tolerate even one unlawful vote to go unpunished on my watch.”

The referred cases are divided into three different areas: 1) non-citizen voter registration or voting; 2) voting on behalf of the deceased; or 3) double voting in Ohio.

Meanwhile, Secretary of State Frank LaRose has filed for reelection in 2022.

“It’s official! My petitions are filed for re-election thanks to the support of thousands of Ohioans from across the Buckeye State,” said Secretary Frank LaRose.

According to state law, non-citizens may not register to vote or cast a ballot in any Ohio election. As is outlined in state code, LaRose’s office utilized a cross-matching of the voter rolls in the Statewide Voter Registration Database with the list of individuals that submit documentation to the Bureau of Motor Vehicles. While the State does not maintain a comprehensive database of all non-citizens in Ohio, the Bureau of Motor Vehicles (BMV) does record when an individual submits documentation indicating that the person is not a United States citizen.

The 39 individuals being referred to the Ohio Attorney General each provided the BMV with documentation identifying themselves as non-citizens on at least two occasions. Additionally, per Ohio law, each were sent two notices at the address where they are registered to vote requesting that the individual either cancel their voter registration or advise the Secretary’s office that they have become a U.S. citizen.

Documentation regarding each of these individual cases has been forwarded to the Ohio Attorney General’s office in order to conduct an investigation and determine next steps. 31 non-citizens were referred for registering to vote while eight were referred for voting.

Voting on Behalf of the Deceased

Under Ohio law, if an individual casts a ballot first but passes away prior to election day, that vote is still considered eligible to be counted. However, there are extremely rare occurrences where it is discovered that an individual is recorded as having cast a ballot after the reported date of his or her death. In these cases, this vote is referred to the local county prosecutor for further investigation and potential prosecution. In these cases, an absentee ballot may have been properly requested by an individual prior to their passing. However, for example, referred cases contain evidence that the ballot was signed and dated by a voter after the of date of death. In these cases, further investigation is required to determine the identity of the person who cast the ballot on behalf of the deceased individual.

Ohio is one of just six states which continue to operate a bottom-up voter registration system, where all voter registration data is collected and processed at the local level. While Ohio’s voter list maintenance process has worked remarkably well to provide accurate voter rolls, there remains a short window where a voter may be registered in two different counties at the same time, allowing for an individual to break state law and cast a ballot in both counties. Nine individuals have been identified as having potentially cast a ballot twice in Ohio in the 2020 general election. Secretary LaRose has called for Ohio to consider a top-down voter registration system.