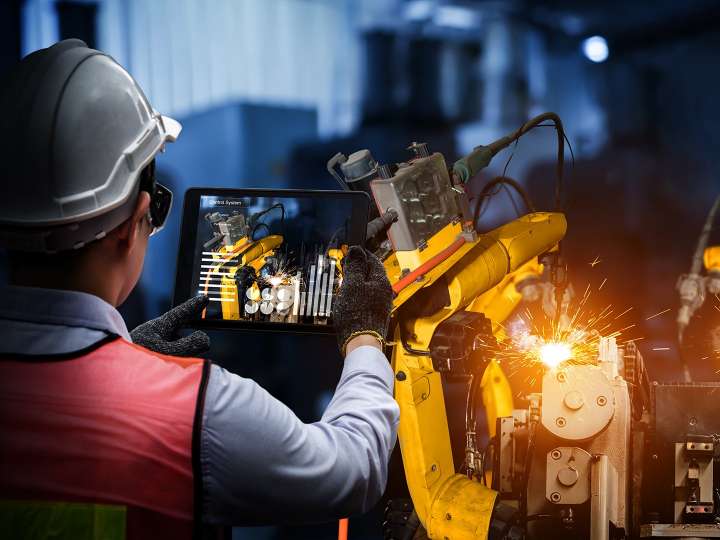 Intel has concluded plans to invest more than $20 billion to build two state-of-the-art factories by 2025 in Licking County, Columbus, Ohio. The factories are designed for what the company calls the “Angstrom era” — with materials processed on the atomic level — and with support for Intel’s most advanced process technologies, resulting in an increased American share of the global semiconductor supply chain.

The megaproject, which will be the largest single private sector company investment in Ohio’s history, will generate more than 20,000 jobs in the state, including 3,000 direct Intel jobs earning an average of $135,000 per year (plus benefits), 7,000 construction jobs over the course of the build, and tens of thousands of additional indirect and support jobs including contracted positions, electricians, engineers, and jobs in restaurants, healthcare, housing, entertainment and more.

The project is expected to add $2.8 billion to Ohio’s annual gross state product.

The initial manufacturing facilities (known in the industry as FABs or foundries) will be located on a 926-acre site in Licking County. But the impact will be statewide.

More than 140 existing Ohio businesses across the state are already Intel suppliers, and the project is expected to bring additional new businesses to Ohio to support the supply chain. The success of these companies will create new jobs, fuel growth in other key Ohio industry sectors, and position Ohio at the center of America’s industrial innovation.

Advanced manufacturing, research and development, and talent are part of Ohio’s DNA, and we are proud that chips — which power the future — will be made in Ohio, by Ohioans.”

In 1990, the United States was a world leader in chip production, dominating nearly 40% of the world’s production capacity. In 2020, our nation’s share fell to only 12% and is projected to slide to just 10% by 2030 if the U.S. doesn’t act. The confluence of geopolitical tensions and pandemic disruptions starkly exposed this danger to the U.S. economy: decades of offshoring the manufacturing of chips — a foundational technology that makes modern life possible — to Asia has stagnated innovation and left the U.S. vulnerable to supply chain disruptions that have crippled major sectors of our national and state economy, and harmed businesses and consumers.

“Just as candles gave way to light bulbs, carriages gave way to cars, and now engines to battery packs, we must continue to attract the businesses and jobs of the future to make sure Ohioans, their children, and their grandchildren can prosper here,” said Lt. Governor Jon Husted.

“With the project announced today, we are establishing an entirely new industry sector that currently does not exist in our state, and along with it, we are rebuilding for America a sustainable, resilient domestic supply chain of semiconductors, which is critical to our national and economic security.”

Boosting chip production in the U.S. is critical to national security and industrial competitiveness. Intel’s technology, built in America, is essential to key Ohio sectors, including automotive, advanced mobility, aerospace and aviation, consumer goods, data centers, defense, healthcare, and technology — these industry segments are crucial to state and regional economies. And demand is increasing — global computer chip manufacturing capacity is expected to grow by 56% over the current install base by 2030.

“Ohio was built for this moment and this industry. Intel envisions building its future in Ohio because generations of visionary Ohioans built the ideal foundation — a great place to live and work combined with a spirit of dedication to excellence and pride in hard work,” JobsOhio president and CEO J.P. Nauseef noted.

“For eleven years, JobsOhio has been proud to work with the state administration, our network partners, and stakeholders across the state to provide Ohio a competitive advantage in attracting and growing some of the world’s most important businesses. We want the world to know that Ohio’s Future is Built with Intel and is open to business from other companies that want to come alongside.”

“Today’s announcement is what’s possible when dedicated leaders like Governor DeWine and Lt. Governor Husted work tirelessly every day to make Ohio the place where companies, like Intel, want to grow their business,” said Lydia Mihalik, director of the Ohio Department of Development.

“Ohio is second to none when it comes to talent, public-private collaboration, and opportunity. As a result, we are welcoming a new industry sector to our state.”

Public and private leaders across Ohio support the passage of the CHIPS for America Act, already approved by the U.S. Senate, to make Ohio and the nation globally competitive and accelerate growth in the Ohio project.

“Now more than ever, critical components need to be made here at home instead of relying on overseas manufacturing.”

Ohio House Speaker Bob Cupp added, “This is an historic day for Ohio. This project will make Ohio a national leader for domestic semiconductor manufacturing and puts Ohioans at the forefront of making built-in-the-USA products that are safeguarding our national security. This is a project that will have a profound economic impact not only in Licking County but throughout Ohio for decades to come.”

Intel has named the site for its first advanced semiconductor campus in the Midwest: “Ohio One. ...

President Biden leads others in the Intel groundbreaking ceremony in Silicon Heartland, Ohio