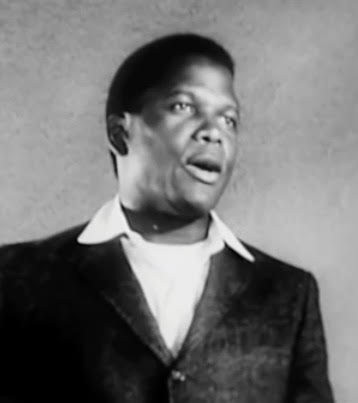 By Tonya Kelly and Okon Ekpenyong

Lawd Take me now, Legendary actor Sidney Poitier has died at the age of 94. His 71-year career included iconic roles in the classic Hollywood films “A Raisin in the Sun,” “Guess Who’s Coming to Dinner,” and “Uptown Saturday Night.” He is now another ancestor watching us from the graves. Two thousand twenty-two, we wanted you to come in and sit down, but instead, you are disappointing us in such a big way.

Poitier’s family is originally from the Bahamas, and his parents would travel back and forth to Miami as farmers to sell crops. The young Poitier was born in Miami but grew up in the Bahamas. At 15, he moved to the United States to live with relatives in Miami. Subsequently, at the age of 16, Sidney moved to New York for better opportunities. By late 1949, he joined the American Negro Theater but was sent away because of his accent. In his second attempt, it was a different story and outcome.

As a little girl, I remember my dad would always speak of Sydney Poitier breaking barriers for African American men to be cast on the big screen every year. I would watch Raisin in the Sun, Buck and the preacher daddy’s fave Western movie, and Uptown Saturday night with Bill Cosby and Harry Belfontae Mann; what memories I have as a young black girl living in the 70s where representation was minimal on TV and the big screen. Sydney Poitier was a trailblazer creating opportunities and standing up for civil rights and change in America. My father-in-law loved the black western movie, and Sydney Poitier was a break-out star in many of those films. Mr. Poitier was Hollywood’s African American Actor to win the best actor in the Academy Award (Oscar) in 1964.

He and legendary actress Cecily Tyson gave so many African American actors and actresses the shoulders “to stand on” to change the prominently non-diverse industry. Apart from acting, Sir Sidney L. Poitier served as a Bahamian Ambassador to Japan from 1997 to 2007. He also served on the board of directors for Walt Disney Company from 1995 to 2003. Finally, Poitier also served as the Ambassador of the Bahamas to UNESCO.