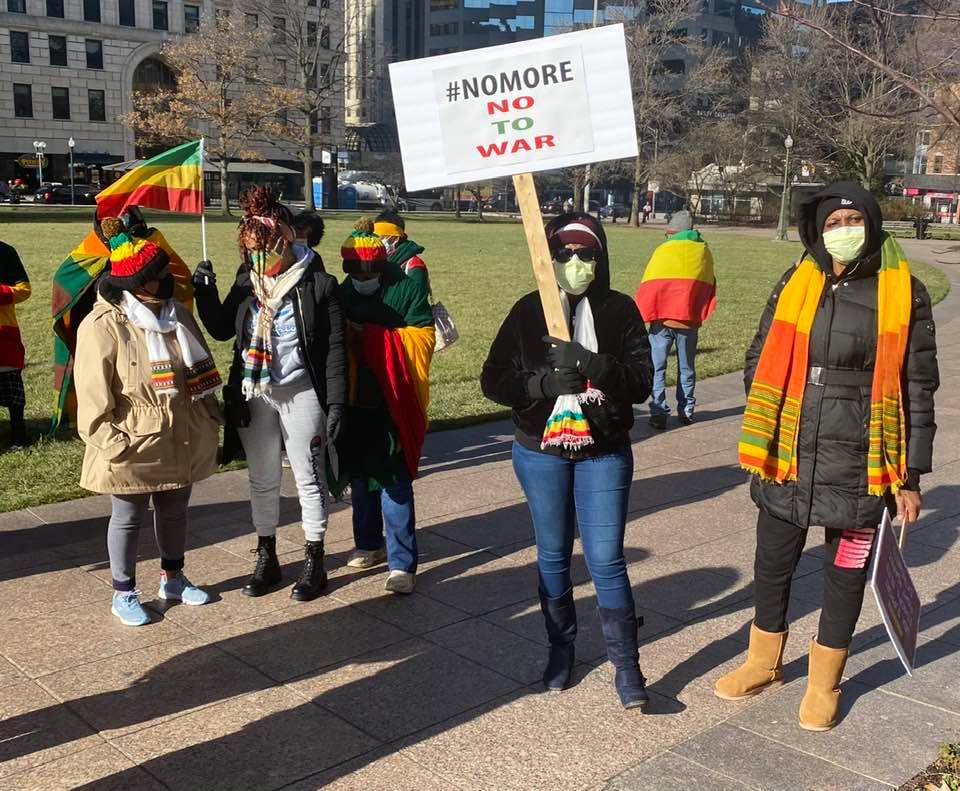 The Ohio State House played host to #NoMore rally of Ethiopian and Eritreans in central Ohio Tuesday, January 4, 2022, calling for a halt to the arm conflicts in Ethiopia and for global support to the elected government in the country.

The participants began gathering at the Goodale Park as early as 8am from where they marched to the Ohio State Capitol at about 10.30am with over 500 participants.

While condemning the ongoing war between the government armed forces and the Tigray People Liberation Front (TPLF), many speakers at the rally called on United States, the US Congress, States government and congresses and the people of United States to work for the peace and end to the war in Ethiopia.

Engineer Zik Heskeyle from the Cincinatti Community Center said “the western government and western propaganda have been promoting false stories to destabilize Ethiopia. They cannot continue to spread lies about what is happening in Ethiopia. We want peace and we want justice. We can only solve what is going on through acknowledging the truth.”

Also speaking, Dr Dawit Muluyeta from Columbus, Ohio said “Ethiopia is the oldest nation in Africa. But the oppositions to the legitimately elected government of Ethiopia are not happy with the success of the government and want to dismantle Ethiopia.

“The rally in Columbus is evidence that people are not happy about what is happening in Ethiopia, and we want people all over the world to understand what is going on and give the government of Ethiopia the needed support.”

Dr Molla Endeshaw said “there is a lot of misinformation by the media and people in America. We want people to understand what is going on in Ethiopia. The TPLF is unfortunately being supported by the United States and western countries.”

Ohio human right activist, Prof. Malcom Cash said “#NoMore means no more division, no more internal division based on geographical border, no more disengagement, and no more failure to be involved in the process. If you flip the #NoMore you get more unity, more connectivity, more awareness, more unification of Africans across the borders.”

By Okon Ekpenyong In a first-of-its-kind effort to help the community begin the process of heal ...

By Okon Ekpenyong The National Public Charter Alliance has recognized Tonya Kelly, a teacher at ...

Ohio Governor Mike DeWine has expressed disappointment in the increase of tuition fee for incom ...