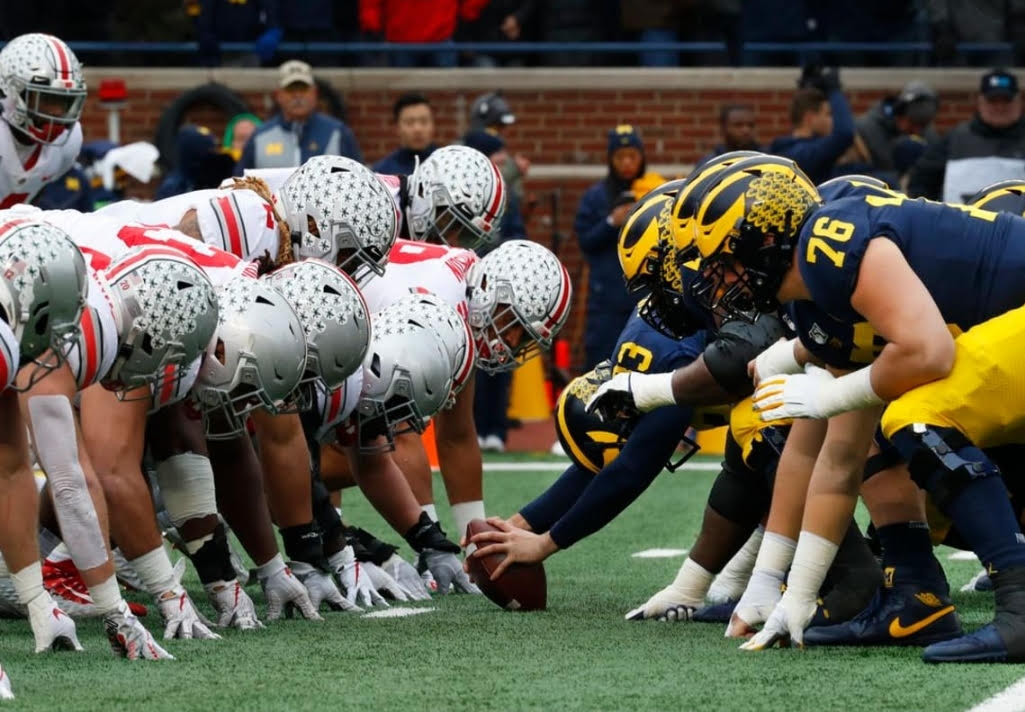 In the 116th meeting between The Michigan Wolverines and The Ohio State Buckeyes, this storied rivalry is set up to be one for the ages.

The 10-1 Ohio State Buckeyes will travel to Ann Arbor to face the 10-1 Michigan Wolverines with a Big Ten championship and possibly a top 4 play-off bid.

The Buckeyes have recently dominated the matches between the two teams winning the last eight games in a row. Buckeyes led by freshman QB C.J. Stroud who will need to show the poise of a seasoned vet while trying to block out 115,000 screaming fans in college football’s loudest stadium “The Big House”.

Stroud has arguably the best receiving core in the nation with players such as Chris Olave, Jaxson Smith-Njigba and Garett Wilson. The trio earned the nickname earth, wing and fire and have not disappointed with each receiver on its way to over 1,000 yards for the season.

The Michigan Wolverines will look to put a halt to the Buckeyes momentum with stout and stifling defense. The Buckeyes have yet to play a defense as strong as Michigan. Michigan will have to utilize the great running attack installed by Mike Hart and control the clock and tempo of the game. Wolverine defense has held opponents to an average of 16.3 points per game this season. Second year QB Cade McNamara has been nothing short of efficient behind center throwing 14 TD’s and just 2 INT’s. As Michigan reconstructed Harbaugh’s contract after an 0-5 start against Ohio State and gutting and rebuilding the coaching staff did exactly what they hoped and put them in a position to win the Big Ten and a possible play-off berth.

To say the two teams seriously dislike each other would not do the rivalry justice. This is the most storied rivalry in college football and will not disappoint with bragging rights, Big Ten championship and playoffs all at stake. This is what NCAA football is all about!

Kickoff is scheduled for 12 noon EST.