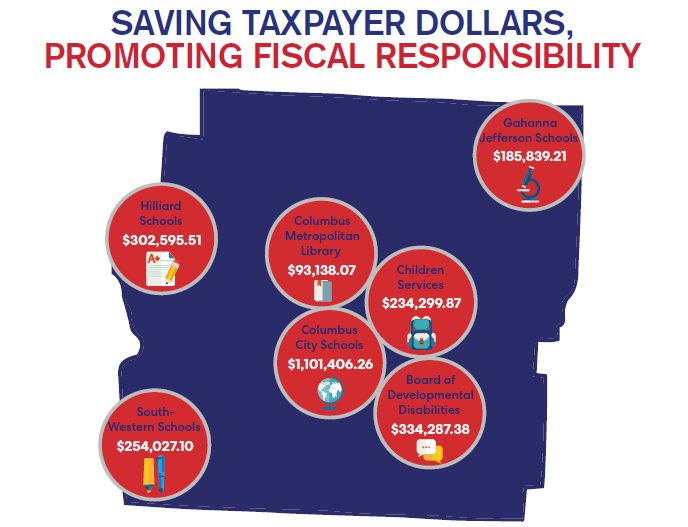 Franklin County Auditor Michael Stinziano has announced that the Auditor’s office will refund $5 million to schools, libraries, municipalities, and agencies this December from payments made for real estate reappraisals and triennial updates.

“This refund is a welcome opportunity to reinvest tax dollars back into our community,” said Hilliard City Manager Michelle Crandall, whose city will receive $23,461.

“The City of Hilliard will place this refund into our general fund, which pays for services ranging from public safety and snow removal to street repairs.”

“I am happy to be able to refund this needed money back to our schools, our libraries and our municipalities and ultimately to our students and taxpayers,” Stinziano said.

“By being fiscally responsible, your Auditor’s office is able to return this money to organizations that directly support our residents with needed services.”

The money that is being refunded is collected as required by state law to pay for real estate reappraisals and triennial updates.