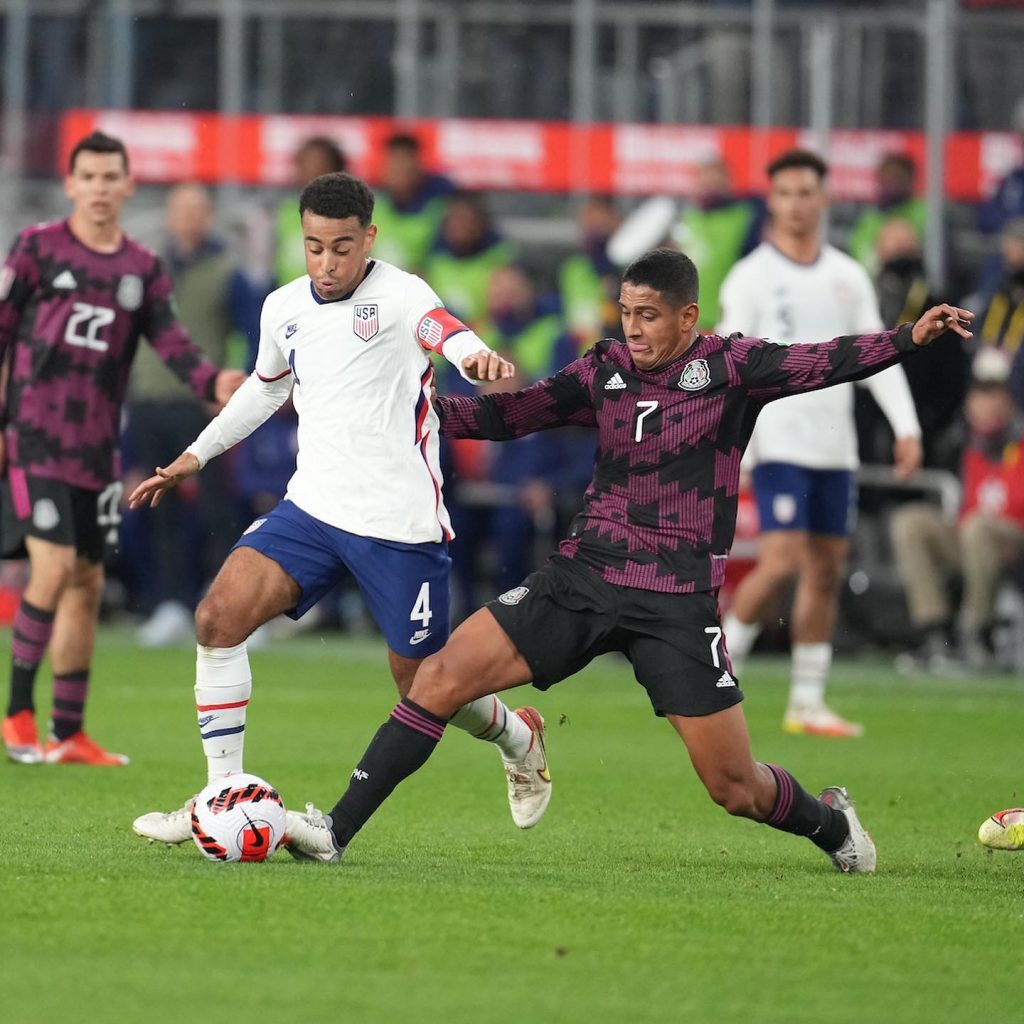 Thirty-two countries, including the host country, will play in Qatar’s 2022 FIFA World Cup. Qatar automatically qualifies because they are hosting the event. Germany, Denmark, and Brazil are already in, but who will join them from the Concacaf. The United States sits on top of the World Cup qualifying format after defeating Mexico on November 12, 2021, at the T.Q.L. Stadium in Cincinnati, Ohio.

Both squads have met three times since June of 2021 but have played each other 73 times since 1934. Mexico is on a five-game losing streak against the U.S. The match remained scoreless halfway through the second half until U.S. Captain Christian Pulisic scored for the night’s first goal in 74 minutes. Midfielder Weston Mckennie scoring in the 85th minute gave the U.S. a 2-0 lead to put the game away.

Mexico and the United States are two of the 41 Confederation of North, Central America, and Caribbean Association Football members. The Concacaf was founded in 1961 and headquartered in Mexico City, Mexico. In the history of the Concacaf, Mexico has qualified for the FIFA World sixteen times more than any other country. World Cup qualifying Vs. the U.S.A. started in 1934, and the red, white, and blue prevailed with a 4-2 victory. In the 1950 Brazil World Cup qualifier, Mexico defeated the U.S. twice in Mexico City, sending them to the most prestigious soccer tournament in the world. The U.S. also made the tournament but could not advance out of group play; however, they managed to win a game against England. For years, Mexico won W.C.Q. against the U.S., but that streak ended in 1980 when the U.S. prevailed with a 2-1 win in Fort Lauderdale, Florida.

Concacaf has hosted World Cup three times, 1974 and 1986 in Mexico and 1994 in the United States. The U.S., Mexico, and Canada are the host countries for the 2026 World Cup, making it the fourth time North America will host the event. To date, the U.S. is the only country with the best finish in World Cup history when they finished third overall in the 1930 event.

Although the U.S. sits on top of the leader board and Mexico is second, there is an opportunity for three or four teams from the confederation to qualify for the World Cup in Qatar if they take care of business.

The Confederation of African Football, which has 54 countries and headquartered in Egypt, will send five teams to Qatar for the A.F.C. In the Asian Football confederation, four or five countries will head to Qatar. The South American Football Confederation will have four to five countries. Oceania Football federation will have one country, which is New Zealand. The union that will have the most countries going to Qatar will be the union of European Football Associations, which is not a surprise for anyone that follows soccer. The Premier League is part of the Union of European Football Associations, and it is the most-watched sports league in the world.